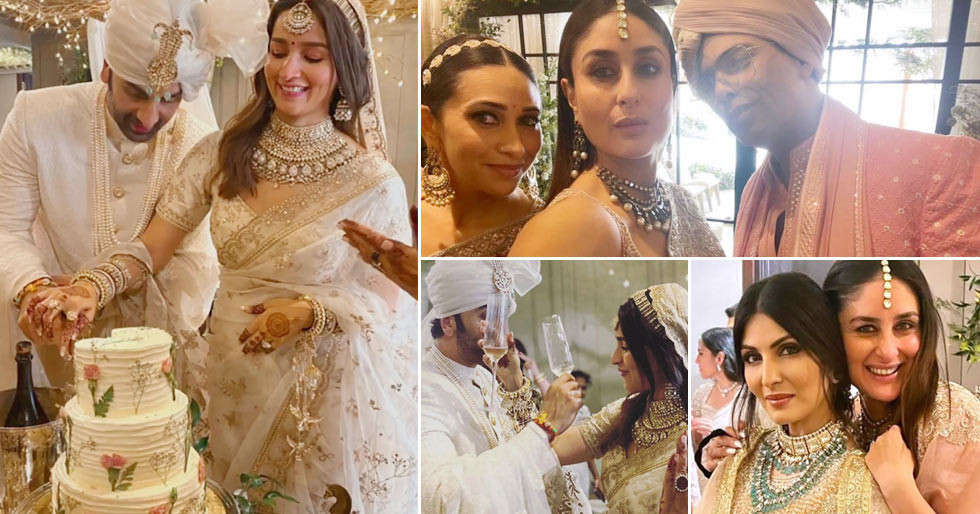 Now that the couple has made their first appearance post-wedding as well, social media is flooded with the inside pictures of this much-anticipated wedding.

Ranbir Kapoor and Alia Bhatt look madly in love and are beaming with joy as they spent a momentous day in their lives today with family and close friends.

Here are 7 inside pictures from the wedding that give you a glimpse of the celebrations that are being had post the wedding ceremony.

The lovebirds are seen cutting their wedding cake and raising a toast to their happy union. Kareena Kapoor Khan, Karisma, Karan Johar and Riddhima Kapoor Sahni take happy selfies as they record this day in beautiful frames. Check out the photos! 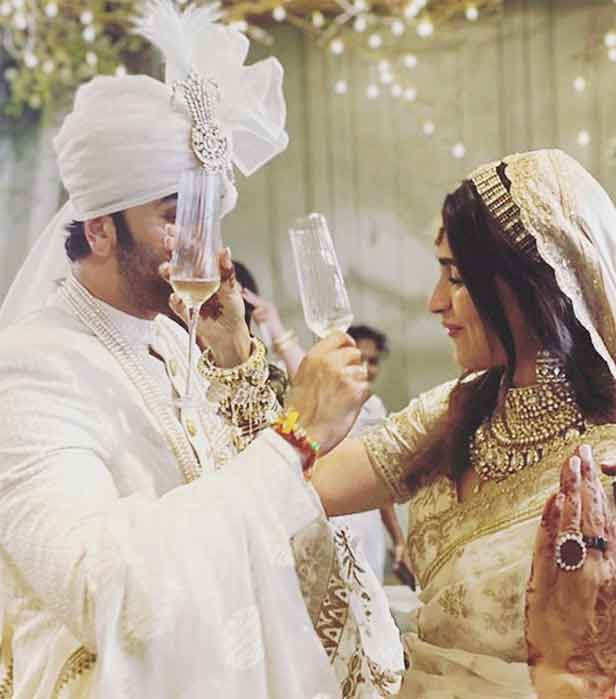 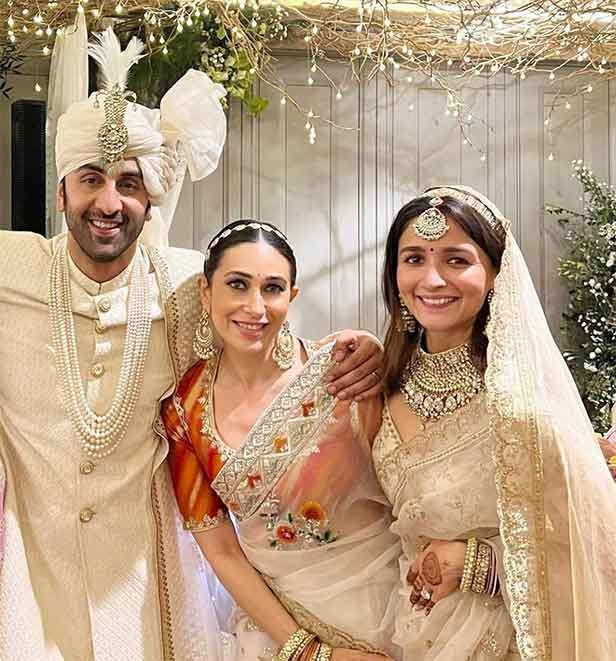 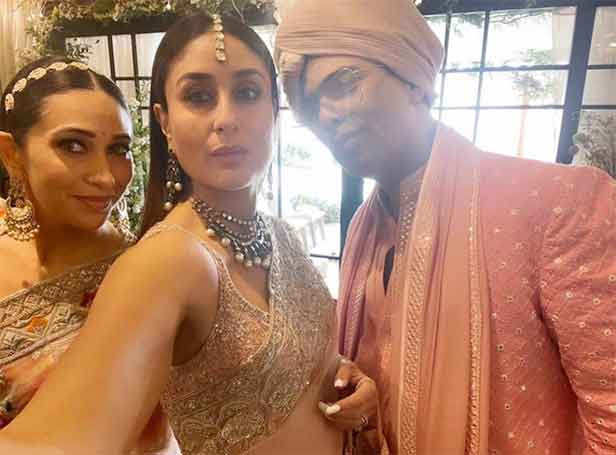 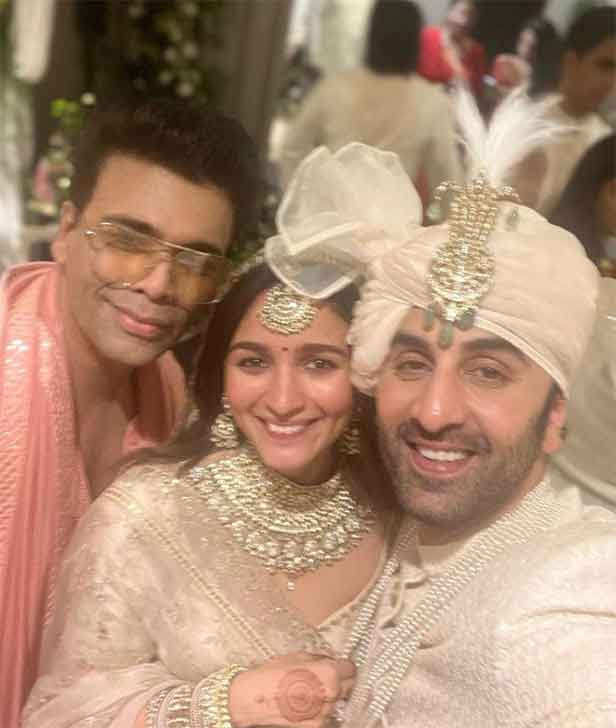 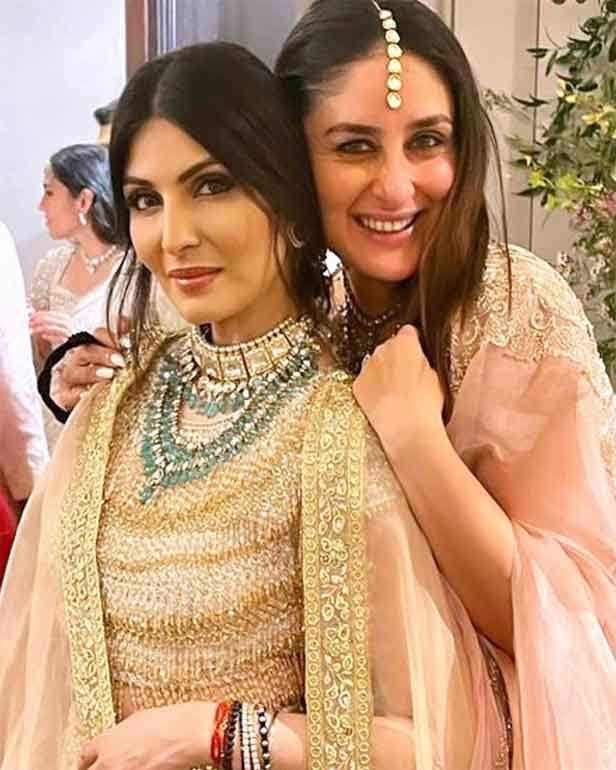 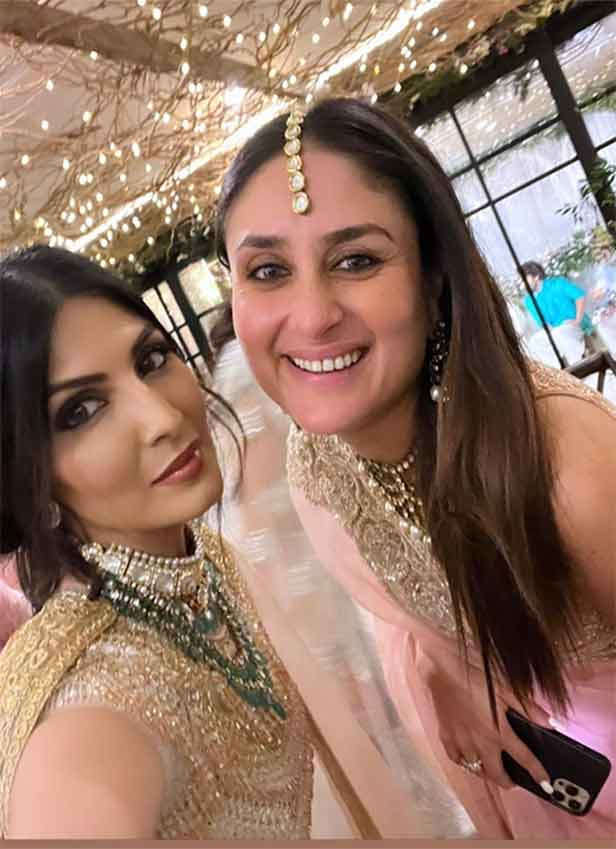 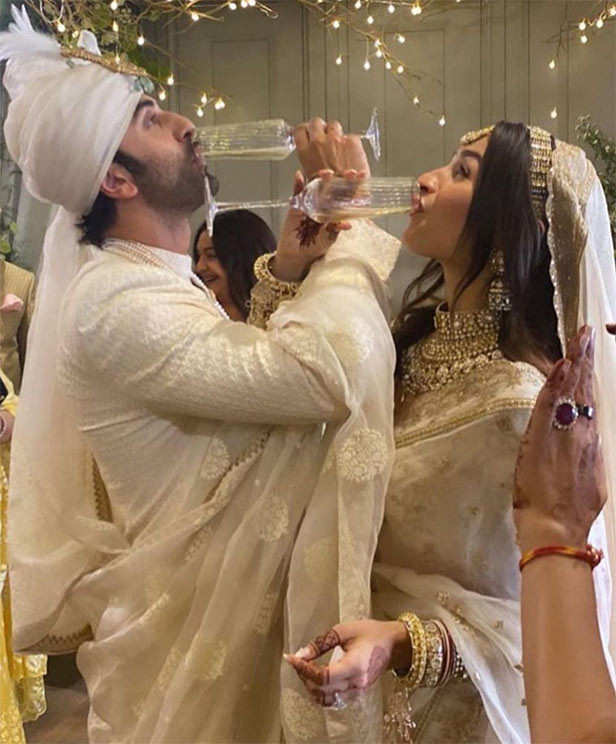