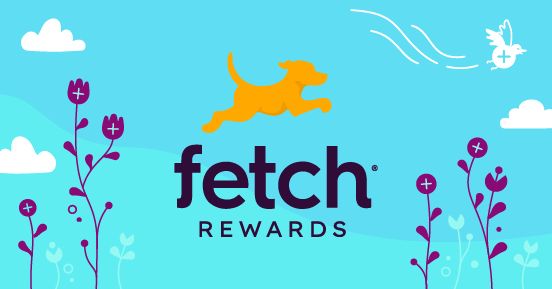 Fetch Rewards is a shopping platform that makes it easy for people to get rewards for making purchases. There are no hoops to jump through, with the company allowing customers to scan receipts to get their rewards. Fetch Rewards is gaining new partnership brands every day, meaning customers are getting more points, which they can redeem for gift cards. To learn more about Fetch Rewards and its plans for recent funding, check out the announcement below.

Fetch Rewards, America’s No. 1 consumer-rewards app, * today announced that it has raised $ 240 million in equity and debt in its latest funding round at a valuation greater than $ 2.5 billion. The investment will fuel the company’s aggressive growth as it continues its trajectory to build a digital loyalty and marketing platform unrivaled in its ability to drive consumer behavior and definitively measure impact.

The round was led by leading private markets investment management firm Hamilton Lane (NASDAQ: HLNE) on behalf of clients, with additional investment from Archer Venture Capital, NielsenIQ, TelevisaUnivision, a Yieldstreet fund, and others, along with continued investments from SoftBank Vision Fund 2, ICONIQ Growth, DST Global, Greycroft, Gaingels and Headline. This investment brings Fetch Rewards’ total funding to over $ 500 million.

“Fetch has built an amazing, fun, world-class consumer application that is experiencing explosive growth. This capital will allow us to accelerate and scale, while also focusing on delivering best-in-class, real-time control and insights for brands, ”said Wes Schroll, CEO and Founder, Fetch Rewards.

Fetch is the fastest-growing rewards app in the US, with 13 million active users who have submitted more than 2 billion receipts and earned more than $ 340 million in rewards points. With over 500 global brands on its roster and proven ability to drive consumer engagement with brands, Fetch represents the future of digital marketing. Fetch recently surpassed $ 100 billion in actionable gross merchandise value (GMV), making it equivalent to the nation’s seventh-largest and fastest-growing retailer. By giving brand partners total visibility into purchase attribution and incrementality, Fetch is the most precise ROI measurement tool in the industry.

“We are thrilled to be leading this fundraising round. Fetch has transformed the consumer-rewards space and has emerged as a leader in the category, and we believe there’s still a significant growth opportunity ahead, ”said Jeffrey Armbrister, Global Head of Direct Equity Investments at Hamilton Lane. “Fetch has mastered the landscape of consumer buying patterns and providing a direct, attributable ROI for brand partners.”

Fetch app users are highly engaged, and they’re incentivized to submit every receipt (both paper and digital), from every purchase – grocery, retail, restaurant, online. This ability to reward consumers while capturing real-time purchase data from every kind of transaction sets Fetch apart from its competitors. With the new funds, Fetch aims to double down on the value that it provides for its partners by accelerating growth and providing enhanced understanding of customer behavior to allow for improved consumer relationships and stronger brand loyalty.

NielsenIQ, a globally recognized leader in data analytics and consumer insights, will collaborate with Fetch on new product capabilities and features for the benefit of retailers, brands and consumers. The relationship will allow both NielsenIQ and Fetch to better serve their shared global customers with more robust and actionable insights.

“We are blown away by what Wes and the team have accomplished over the last year, and we’re even more excited about the future,” said Tom Cheung, Partner at SoftBank Investment Advisers. “We believe that Fetch delivers immense value back to consumers, which is even more important in this macro environment. We look forward to continuing to help them scale. ”

The original announcement can be found on Fetch Rewards’ official site.