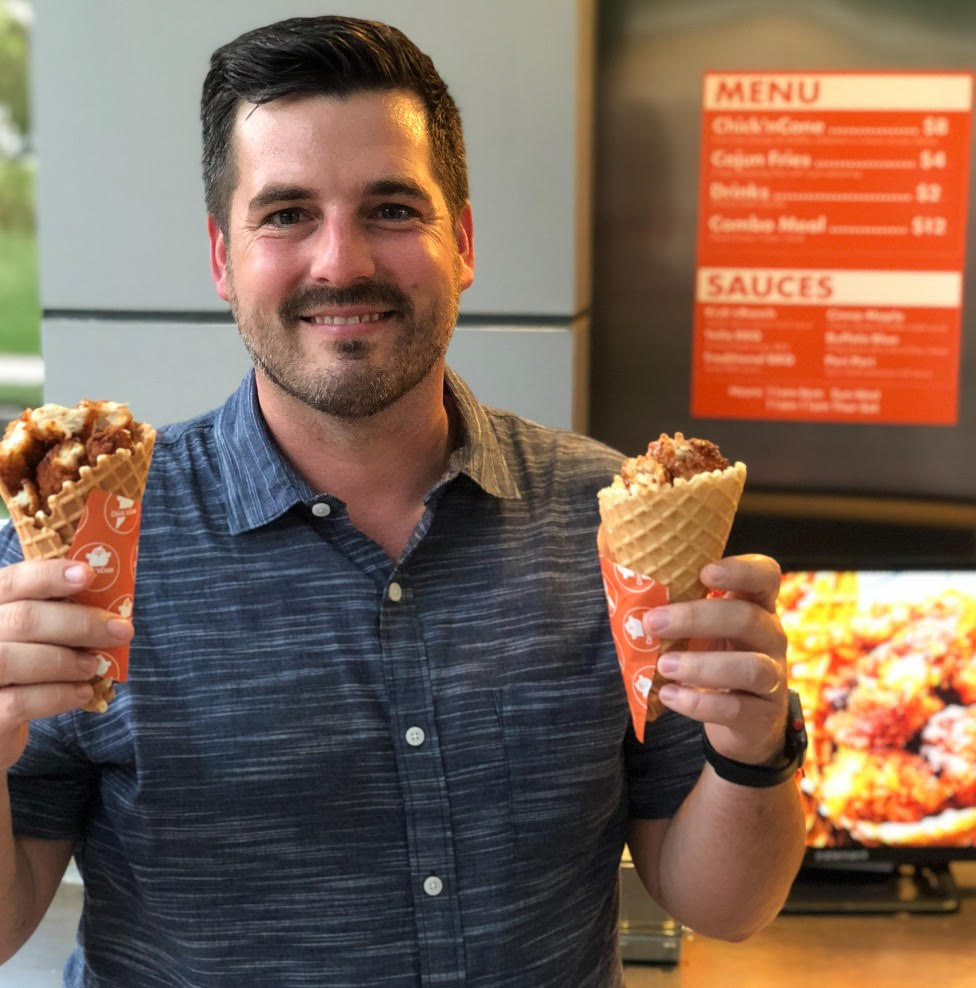 Which came first, the restaurant franchise, or the tech that built the franchise? At Chick’nConethat’s about as hard to unravel as the mystery of the chicken and the egg.

Jonathan Almanzar is the CEO and co-founder of Chick’nCone, a restaurant chain with dozens of locations worldwide. He sees his restaurant as a “tech company that sells chicken,” and his innovative tech ideas are transforming the restaurant industry.

“Technology is simply utilizing scientific knowledge for practical purposes,” he explains. “In the restaurant industry, we are harnessing the power of NFTs to mobilize our customer base and facilitate franchise growth.”

Behind the ‘tech company’ serving chicken

Almanzar launched Chick’nCone in 2014 as a family business where his children and community could work. “I grew up in Crowley, Colorado – one of the poorest counties in the US,” explains Almanzar. “Until you Google Crowley County or visit it yourself, you have no idea what this means. I believe the cosmos does a great job of distributing talent equally across the planet, but not such a great job at distributing opportunity equally. We have tried to bridge that gap at Chick’nCone by hiring the majority of our corporate team from Crowley. ”

Chick’nCone’s menu is mouthwateringly simple – crispy chicken tenders tossed in savory sauces such as Kick’n Ranch, Yella BBQ, and Cinna-Maple, all served up in hand-rolled waffle cones. That delicious combination is unique in the restaurant space, and is gaining notable recognition. The growing chain has appeared on The Food Network’s The Best Thing I Ever Ate and Carnival Eats. It has also been featured on The Weather Channel, Buzzfeed, and Fox News. Most recently, Chick’nCone was included on the QSR 40/40 List for 2022 as a brand that is poised to be “the next big thing.”

Despite the franchise’s growing popularity, Almanzar isn’t banking on delectable recipes alone. “We are competing with every single franchise concept on the planet,” he remarks. “What differentiates us from the rest is our willingness to take risks by embracing technology and innovation.”

Almanzar first took note of NFTs as the NBA and Top Shots partnered to drop a series of digital tokens with exclusive perks for fans in October 2020. “I couldn’t help but notice the buzz surrounding possibilities for NFTs right now,” he mentions. “I loved the idea of ​​being able to own something existing on the blockchain, and it got my mind working through ways to bring the technology to Chick’nCone.”

After some hardcore brainstorming, the Chick’nCone team designed a series of digital tokens called Chick’nCoin. Each of the 862 tokens represents a geographic region where a Chick’nCone franchise currently operates, or may soon open. Anyone who holds a Chick’nCoin earns 50% of franchise fees when a Chick’nCone is opened in their region. They also bank 2% of that region’s sales for the first six years.

The current cost of opening a franchise with Chick’nCone is approximately $ 45,000. Almanzar claims that most regions can accommodate up to five restaurant locations. If the Chick’nCoin represents a region that already has a restaurant in operation, token holders begin receiving 2% of that location’s sales monthly.

Chick’ncoin is available to buy on the restaurant’s website and on OpenSea. The cost of minting a Chick’nCoin amounts to 3.5 ETH, and each mint gives the purchaser a Chick’nCoin representing one randomly selected geographic region. If buyers wish to choose their region specifically, the cost is $ 19,500. For a 10% royalty, Chick’nCoin holders can sell their tokens on OpenSea’s marketplace at any time.

While hundreds of restaurants closed their doors due to challenges brought on by the COVID-19 pandemic, like most in the fast-food category, Chick’nCone opened 26 new locations.

This concept incorporates all the elements that draw investors and entrepreneurs to the future of an economy on the blockchain. “The project has reengaged us with our community,” says Almanzar. “These NFTs are an unbelievable opportunity. We’re already developing other NFT projects with different types of utility and perks for our customers. We will be releasing more as we get them ready. “