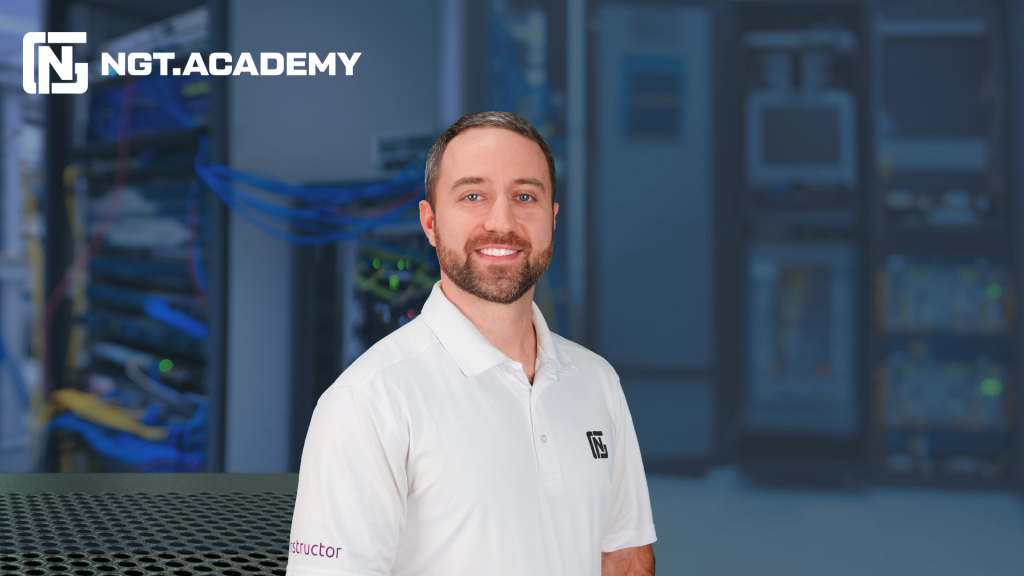 There is a good reason why generations of young Americans have joined the military to learn a skill. The military is very good at training people who know nothing about, say rifles or diesel engines, until they can take apart and reassemble either the rifle or the engine blindfolded. Terry Kim and Jacob Hess, a pair of Air Force veterans who trained as cybersecurity specialists while in the service, co-founded NGT Academy to offer immersive, military-grade cybersecurity and IT professional training.

The result is an immersive program that places NGT Academy graduates into cyber and network security jobs within months, rather than after years of traditional education. We asked Jacob Hess about how the military does skill training and how NGT Academy has adopted those methods, plus what he and Terry Kim have had to learn running a business.

The US military is legendary for its long history of taking people who know nothing about a particular skill, whether it is shooting a rifle or emergency trauma medical care and making them very good at that skill. What is it about training in the military compared to the training civilians typically receive in colleges or so-called “tech boot camps”?

College education tends to be primarily information and knowledge-based without much focus on actual vocational skills. In the United States, colleges require studies that are unrelated to your major and it takes many years to complete a college degree. College is very slow and archaic when it comes to Information Technology and Cybersecurity jobs and education.

Tech boot camps are a bit of a different story because there are many kinds of them. In Information Technology the currencies are skills and certifications. Some Technical schools and boot camps focus on just skills, some just focus on certifications and some focus on both. Accelerated IT training really is a much better choice than college because it gets folks into the workforce much faster and can help to fill the skills deficit much more quickly. At the pace of college graduates in the United States, we will not even be able to fill the current or future deficits in IT and cybersecurity jobs.

Folks in IT really don’t put a lot of emphasis on college degrees any longer, instead, they’re looking for valuable skills and the certifications that prove they have some knowledge in a particular area. So, choosing an accelerated IT learning academy like NGT Academy that focuses on both skills and certifications is a great choice for anyone looking to get into the field.

You were both tech instructors in the US Air Force. Did you have tech backgrounds when you joined USAF?

Neither of us founders had any type of real IT job experience before we joined the military. We both had an interest in tech and computers, but we didn’t have any actual experience. When I joined the military for example, I was just 17 years old, so I had some typing skills, but that was mostly it.

How much and what sort of training did you receive in the USAF?

The ‘Tech School’ as we called it, where I was both a student and then eventually an instructor, was a six-month, in-person training program. My career-field at the time was called Computer, Network, Cryptographic, & Switching Systems which is now called Cyber ​​Transport I believe. We trained on electronics principles and basic electronics, PC building & repair, operating systems, cryptographic systems, tactical phone system deployments, Computer networking, routing, switching and completed the training with reality-based network deployments that we built together in teams. We built complete networks and local area networks (LANs) and connected them over the wide area network (WAN) and deployed tactical network systems called TDCICAP (Theater Deployable Communications & Integrated Communications Access Package). Each block of study had both a knowledge-based and skills-based element with every block including hands-on lab and skills building.

Is your Zero to Engineer program just what it sounds like, that you presume someone has zero experience but will be a qualified engineer when they complete the program?

Yes, Zero to Engineer is just that. For an example of the power of the program, take Michelle, a former student who did not know what a router was before she began our training. Six months later she now has a job with an Engineer in the title – Associate Consulting Engineer at CDW.

You are fundraising for NGT Academy. Are you going through an IPO or some other process?

I presume the Air Force taught you nothing about fundraising for a startup, so what have you learned in the process that you would tell someone else embarking on the same process?

That is certainly true. The Air Force did not teach us how to start or run a business. My business partner has a business degree and we did attend two startup accelerators – AngelPad back in 2016 and YCombinator in 2018. These two accelerators both held the # 1 seat for best accelerators in the US, so we did get some good training and help with getting the business off the ground in addition to learning form the school of hard knocks. For anyone looking to start a company, I would definitely say to make sure you’re committed to the journey from the beginning. You really have to bring your passion and work really hard, so first, it’s that commitment to what you are about to do.

Next, I would say learning some things about business is a great idea. I would not, however, advise anyone to wait to start their business. If you have something you’re passionate about, start working on it now. Launch your company as a sole proprietor or LLC. We had good success with startup accelerators, so I do recommend the good ones. What you really get out of that is the knowledge and ability to incorporate and raise funding for your company. It’s a huge help in getting your company off the ground if you can put together a good funding round. There are many resources out there today for both learning about business and fundraising through even crowdfunding. I would also say however, that if you are able to bootstrap, meaning starting the company without outside funding, then do that. Another piece of advice for folks who raise funds is the faster you can get your company into the green and maintain profitability, the better off you are going to be in the long run. Even if you do have loads of cash in the company bank account from a fundraise, get to something that’s profitable as soon as you can. Whatever the case may be, prepare yourself, try as hard as you can to stay healthy and get good sleep and remember that finding true rock star employees is going to help you the most.

Anything else you want to mention that I haven’t asked about?

I’d just like to remind you that if you’re serious about a career in information technology, then head on over to www.zerotoengineer.com!