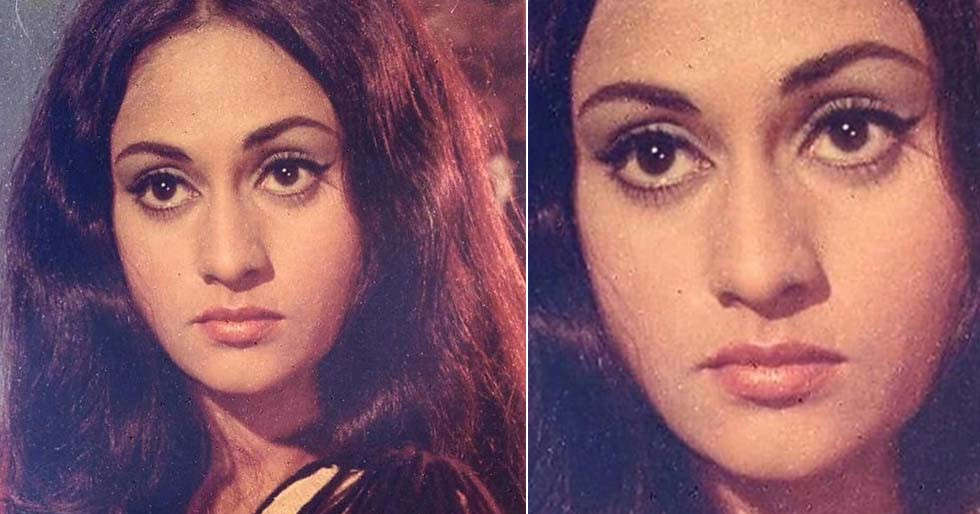 As the legendary actor-turned-politician Jaya Bachchan turns a year older, we take this opportunity to celebrate her authentic personality, acting prowess, and bold career choices. The powerhouse is a successful actress, a Member of Parliament, a Padma Shri recipient, a proud parent and grandmother, and a loving wife. Filmfare dives into her multifaceted life and explores the various achievements of the successful actor.

Her entry into the movie industry

Her very first movie was Satyajit Ray’s Bengali film, Mahanagar, with which she made her debut at the young age of fifteen. This impressive debut led to two more collaborations with Satyajit Ray. Her experience with Ray inspired her to join the Film and Television Institute of India (FTII). She would later graduate from the institute with a gold medal. Her moment of glory finally came when Hrishikesh Mukherjee cast her in Guddi in 1971. In the movie, she would play the role of a star-struck teenager. With the commercial success of the movie, she created a place for herself in the industry as the girl-next-door. She epitomized middle-class characters in movies such as Uphaar, Piya ka Ghar, Parichay, Koshish, and Bawarchi. However, she also made bold movie choices, stepping away from her routine characters when she experimented with movies such as Jawani Diwani and Anamika. In Jawani Diwani, she played a glamorous role, and in Anamika, she played a gray role of an amnesia-faking heroine. She proved her mettle with both of these unexpected movie choices. 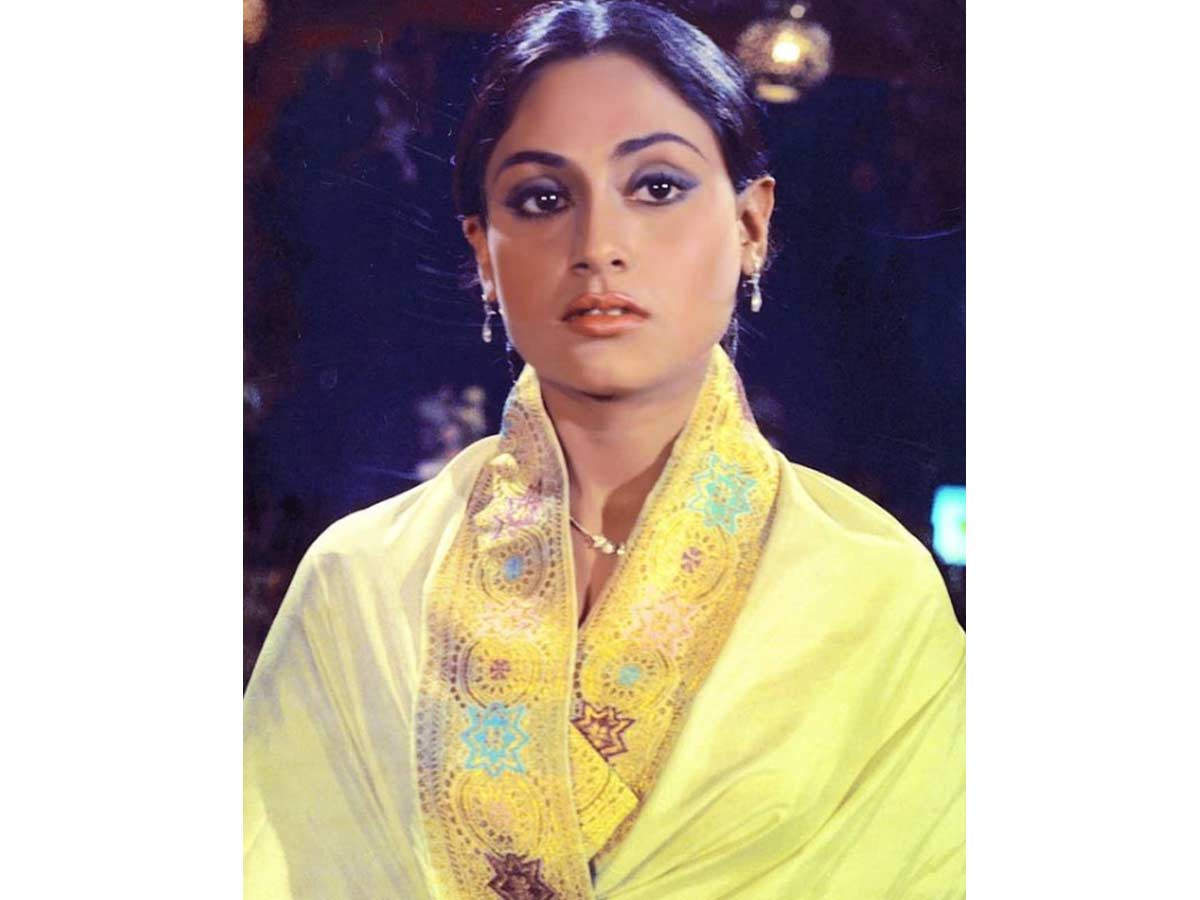 The actress was so natural on-screen, that people stopped believing that they were watching a movie. The actress would sport a natural no-makeup look, and won over millions of hearts with her refreshing personality. The leading photographer of those times, Gautam Rajadhyaksha had once said that her face had the most perfect bone structure. 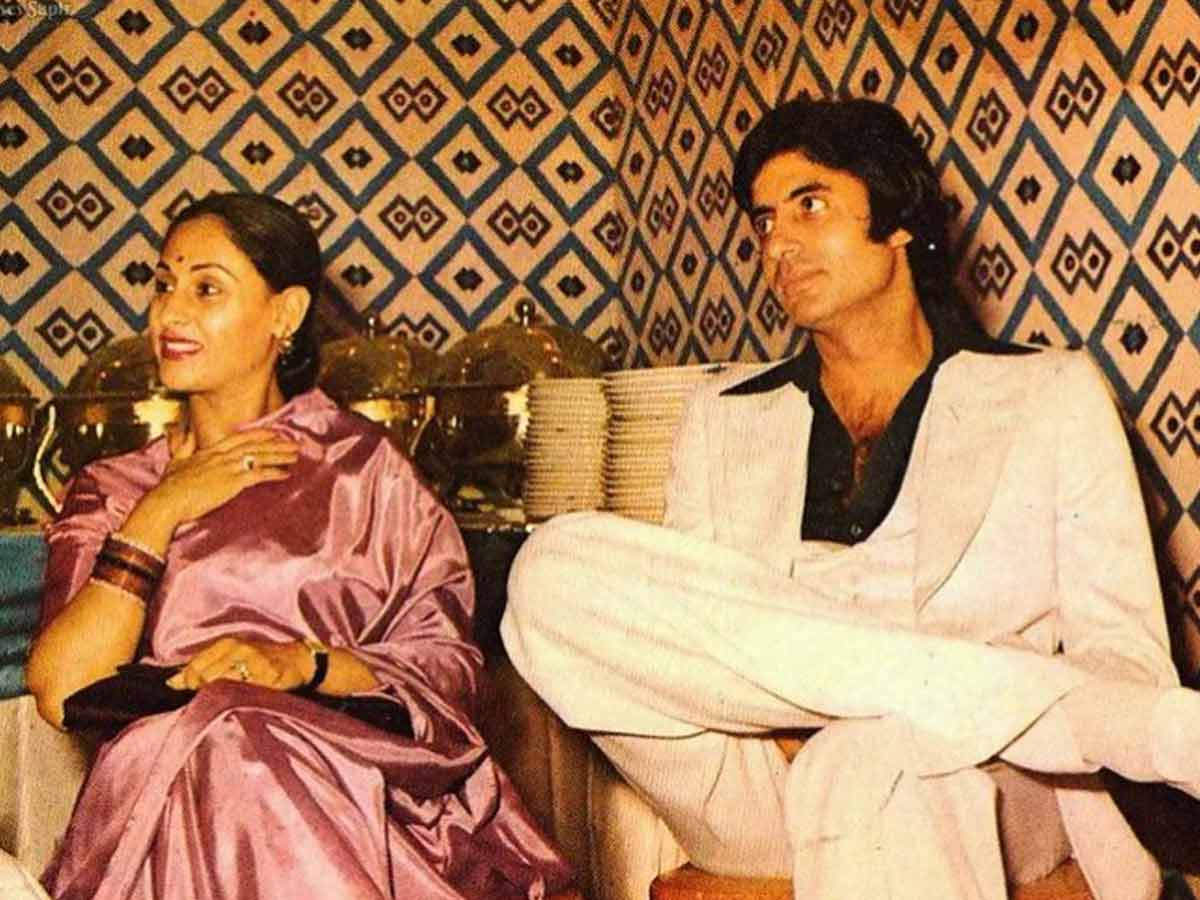 All about her love life

Jaya Bachchan met Amitabh for the first time on the sets of Guddi. This is when Jaya was already a superstar but Amitabh Bachchan was a struggling actor. Even back then, she predicted that he would become a superstar, and no one else agreed with her. Her strong intuitions proved to be spot on, later when Amitabh Bachchan made his place as the top actor of the time. Jaya later spoke in an interview and said, “I was introduced to him on the sets of Guddi .. I was impressed by him and somewhat in awe as he was Harivanshrai Bachchan’s son. I felt he was different, though people laughed at me when I said that. I expressed my feelings and said he’s going to make it big, even though I was aware he wasn’t the usual stereotype hero. I fell in love with him very soon. “Their romance blossomed on the sets of Ek Nazar and since then, the pair have been together for more than five decades now.

Jaya and Amitabh became a hit on-screen pair with back-to-back hit movies such as Zanjeer, Chupke Chupke, Abhimaan, Silsila, Mili, and Sholay. The pair got married in 1973, in an intimate ceremony. She was pregnant during the shooting of Sholay.

Later, she was also instrumental in reviving Amitabh Bachchan’s career. She wrote the story for Shahenshah, a movie that was released in 1988. This movie marked the return of Amitabh Bachchan on the silver screen, as he took a three-year-long hiatus. The movie was a huge commercial success. 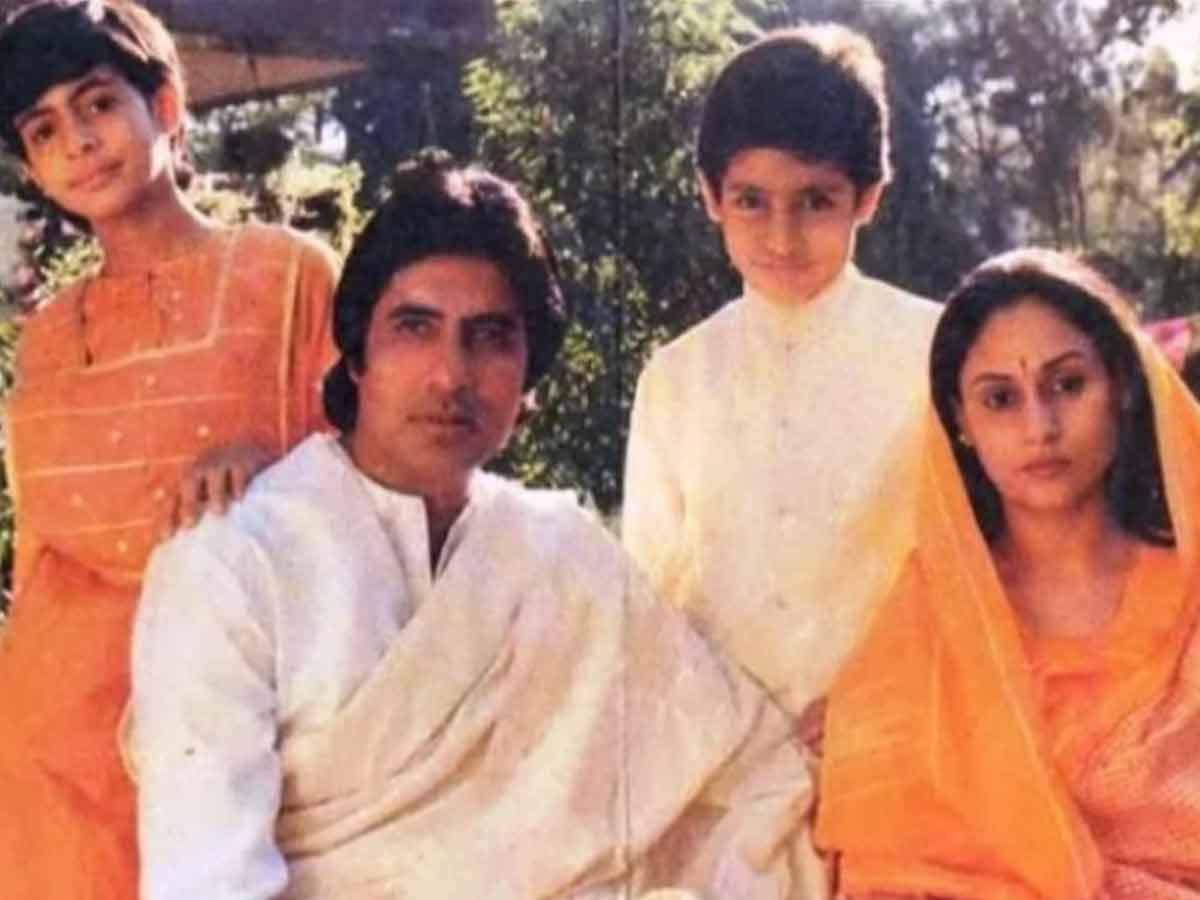 Jaya as a loving mother

During the shoot of Sholay, she was pregnant with her daughter Shweta Bachchan Nanda. After Sholay, with the exception of Silsila, she did not make any new movies. The actress took a sabbatical from the movie industry so that she could direct all her attention to parenting.

She mentioned in an interview that quitting Bollywood was entirely her decision and she wasn’t influenced by her husband in any way. She would receive back-to-back offers for movies, but staying close to her kids and raising them right was a priority for her.

Ever since Abhishek came into her life, he was the apple of her eye. When the actress was asked to describe her parenting skills and the values ​​she passes on to her children, she told a leading daily in a 1998 interview, “A bit of traditional values, a bit of scientific, modern values; Indian and western both, because we have the influence of both cultures in our house. I have always said that I would rather have you as good human beings than as successful scientists, doctors or actors. ”

In a popular interview that went viral, Jaya Bachchan joked that she had to take care of three kids. When the interviewer asked, “Three?”, Amitabh cut in and said that he was the third kid after Shweta and Abhishek. 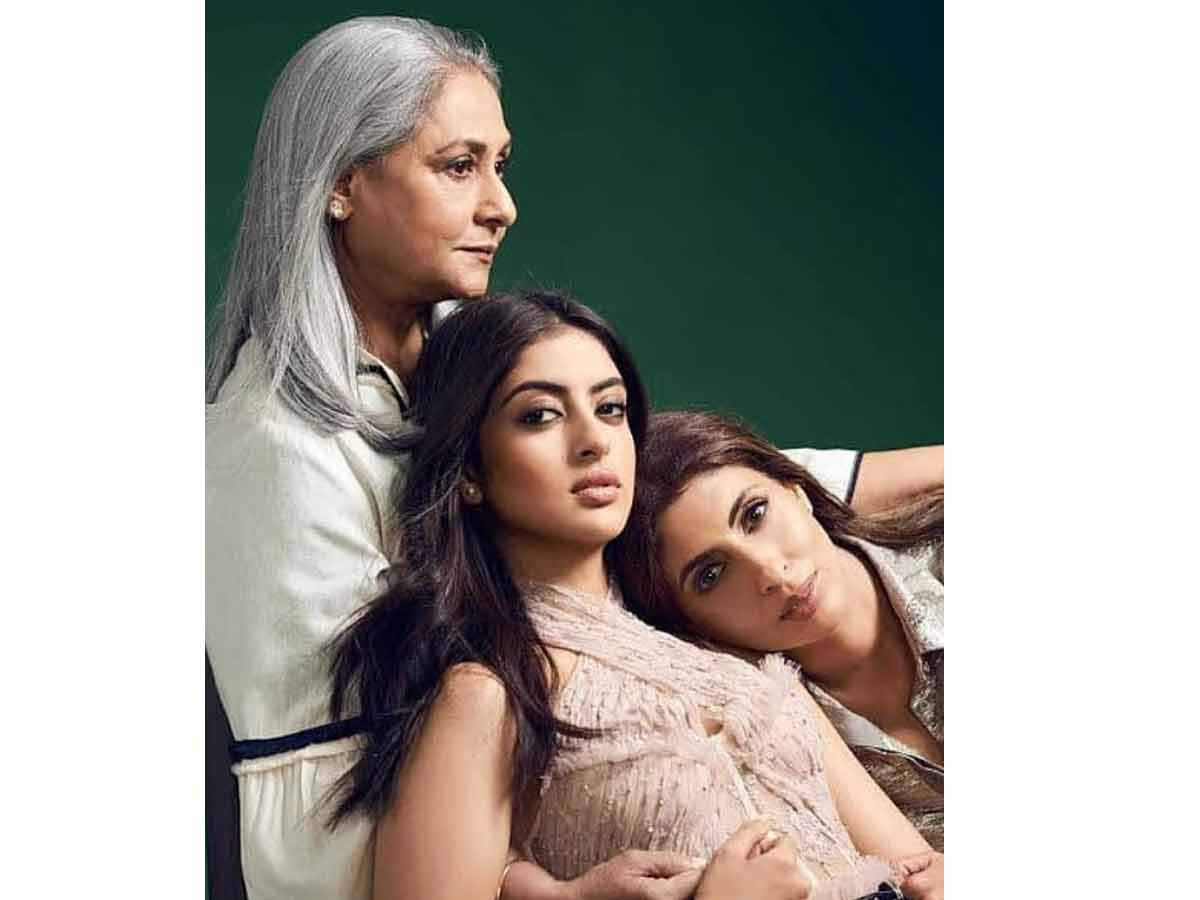 This break lasted a long 17 years, after which she appeared in a Marathi film called Akka in 1995. She then went on to make other notable movies such as Kabhi Khushi Kabhi Gham, Kal Ho Na Ho, Fiza, and more.

She then entered politics and is currently a Member of Parliament carrying on her fourth term in Rajya Sabha. The female powerhouse is very passionate about the work she does as a parliamentary member. Commenting on her experience with politics, she said, “I like visiting the parliament, listening to the discussions, and raising questions. It’s a stimulating environment and it opens your world view. ”

While talking about her contrasting careers, she told in an interview, “I’m fortunate to have a home in both Mumbai and Delhi and to be a part of cinema and the political world. Both are different and engaging. ”

In an interview with a leading publication in 1998, the actress was asked, “What or who is the real Jaya – the traditional wife, or the shrewd corporate head?” To this, she answered, “I think both. I think Indian women, in fact, women in general, have a tremendous capacity to give. They can run an organization well because in some ways it is like running a home; it needs a method. They are working and managing all the time. Time management is so important. It comes easily to me. ”

The actress also engages in social work; however, she does not like to draw a lot of media attention to her charity. Speaking to a leading publication in 1998, she once said, “Not much is known because I hate anything that draws too much attention and focus on me. I get enough of it otherwise. I have been working for the last 20 years with the Indian Society for the Rehabilitation of the Handicapped. It is a low-profile organization. Everyone works voluntarily, though we have a number of professionals helping us. We train children in different fields, hold competitions, and give scholarships and awards.

The actress has starred in 47 movies in total, she has also won 14 Filmfare Awards, with 8 Best Actress awards, three best-supporting actress awards, two special awards, and a Lifetime Achievement award. She has also been the recipient of the prestigious Padma Shri award, the fourth highest civilian honor awarded to her by the Government of India.