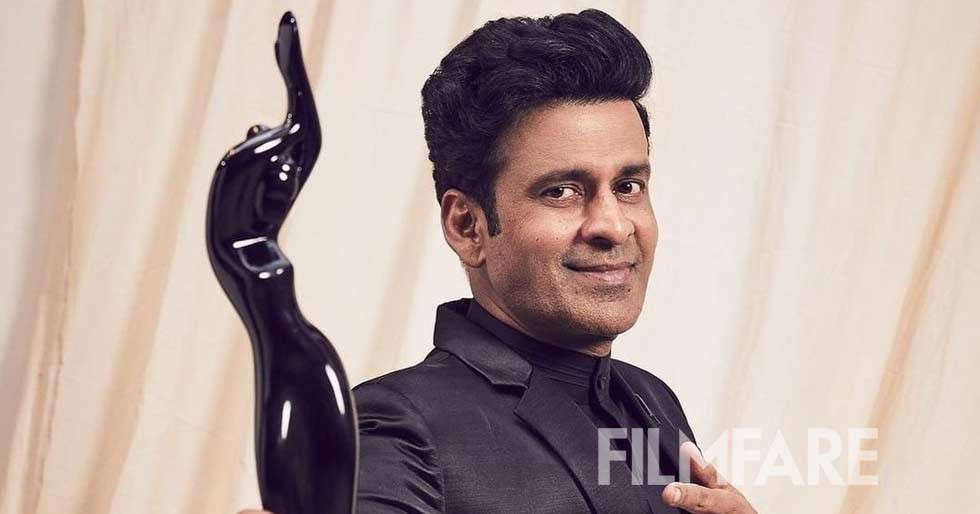 Manoj Bajpayee has brought reforms in the Indian movie industry, with his powerful choice of characters that he did justice to with his portrayal. The versatile actor has given multiple award-winning performances throughout his career. His wide range of acting skills has him playing a ruthless villain in one movie and a loyal inspector in another, a greedy politician in one movie, and a lonely, depressed Professor in another.

Bajpayee gets skin deep in the emotions of his characters. He picks his movies only on the basis of powerful stories that he wants to share with the world and bring a shift in thought patterns. The actor is known to never go after the numbers that the movie makes at the box office. The powerhouse performer is the recipient of three National Film Awards, six Filmfare Awards, to name a few. He was also honored with the Padma Shri, the fourth highest civilian honor for his contribution to art.

After playing minor roles in a few movies, the actor got his big break with Ram Gopal Verma in the crime drama Satya in 1998. His stellar performance in the movie won him a National Film Award for Best Supporting Actor and Filmfare Critic Award for Best Actor .

This made way for back-to-back hits, and he positioned himself as someone with versatile acting skills. In 2012, the actor picked up the multi-starrer movie Rajneeti and played the role of a greedy politician. In an interview with a leading film critic, he also revealed that the fact that he earned recognition in a movie with leading actors of the time was success enough for him. He then went on to play strong characters in movies such as Aarakshan, Gangs of Wasseypur, Chittagong, Aligarh, and Aiyaari.

In an interview with a leading publication, he spoke about his movie choices. The actor said, “I reserve my comments on whom I would like to play and I don’t believe in playing one-dimensional characters. It’s only worth doing if you can explore all sides of the personality. There is no point in doing a a film that is just talking about the good aspects of the personality. ” In another interview, he also said that “I would definitely like to do something that people have never thought of. I want something really out of the box, something no creative person has thought of. When Bhiku Mhatre happened, the industry never thought that this kind of a character would ever be played. They could have never imagined that kind of a film, character, performance. I’d like to do a film like Gangs of Wasseypur, Rajneeti or Aligarh.

With his power-packed performances, the actor has also inspired an upcoming generation of actors. Speaking in an interview, Rajkumar Rao revealed that “I am an actor because of him. I was very inspired by seeing him in Satya (1998) and Shool (1999) when I was still in school.”

The renowned actor is the son of a farmer, and at a younger age, he would help his father with farming. However, he wanted to be an actor from a very young age. In a recent interview with a publication, he got candid about yearning to visit his village and recalls how he would have moved back if he did not have a family in the city. He says, “It’s the same Manoj Bajpayee, who is a village boy who yearns to visit his home in his village every week.” Something that very few people know about Manoj Bajpayee is that he is so grounded that he even buys his own vegetables from the street vendors.

The actor turns 53 years old today, and Filmfare takes a trip down memory lane to revisit some of his top versatile movies. 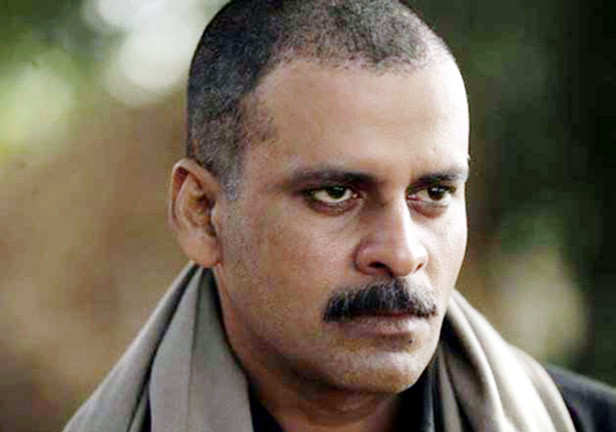 Gangs of Wasseypur is one of the most unique movies Bollywood has ever seen. The movie is a cult hit and revolves around rival criminal gangs in the backdrop of the 1940s. Manoj Bajpayee plays the role of Sardar Khan who seeks revenge for his father’s murder. The actor plays the role of a ruthless, blood-thirsty, and revengeful character, and yet manages to make the audience fall in love with him. The satire, comedy, and meme-worthy dialogues make Bajpayee’s role in Gangs of Wasseypur an unforgettable one. 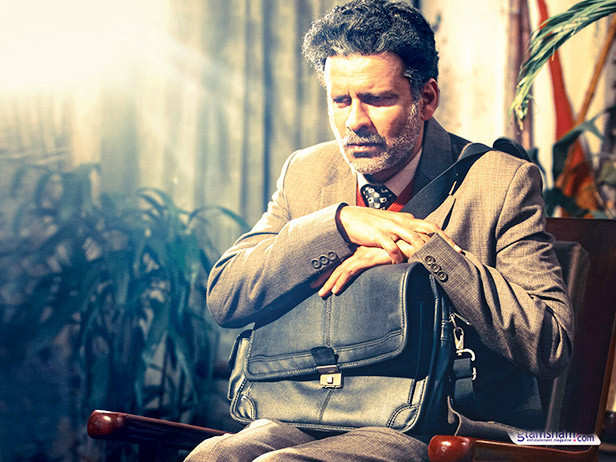 Manoj Bajpayee plays the role of a 64-year-old Professor Siras who forms a special bond with a journalist who does a sting operation on his sexual orientation. The actor believed that the role was very challenging, and no other actor would have done it. Talking about the movie, Bajpayee said, “Aligarh is a very pure story, about a pure heart.” With a hesitant smile, a defeated look, and a constant feeling of loneliness, Bajpayee’s portrayal of Dr. Siras is one of the most powerful characters in Bollywood. The portrayal of the gay community in the movie is very realistic and hard-hitting as opposed to the stereotypes generally presented in the majority of other movies. 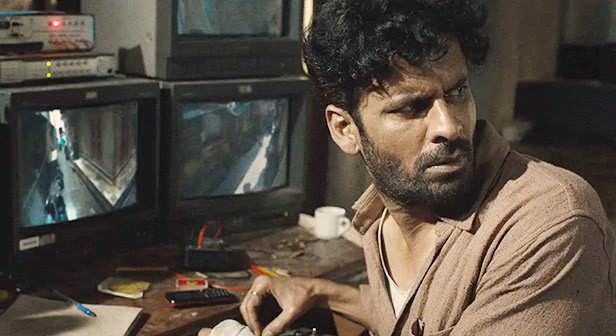 Speaking about Gali Guleiyan in an interview, Manoj Bajpayee revealed that this was one of the hardest roles of his career and pushed him to the edge. The movie is a psychological drama that shows a shop owner trapped mentally and within the city walls. A review by Economic Times described the movie as “Not everybody’s cup of tea”. The movie is dark and can be upsetting, it highlights what loneliness can do to people. In a movie with lesser dialogue, Manoj Bapayee speaks with his eyes.

The multi-starrer movie casts Nana Patekar, Ajay Devgn, Arjun Rampal, Katrina Kaif, and Ranbir Kapoor. But Manoj Bajpayee earned a lot of recognition for his portrayal of a greedy politician in the movie. In an interview, Bajpayee described his character in the movie saying, “He is powerful, regal, and politically motivated.” He also added, “He can go to any extent to get things done. This is what gives him high and nothing else. ”

He did justice to the character with his effortless portrayal on-screen. This movie won him several awards and recognition. The actor also won Filmfare Best Actor in a Supporting Role. 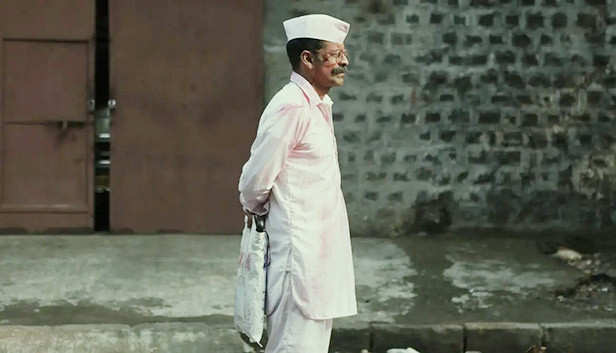 The 2020 movie Bhonsle stars Manoj Bajpayee in the titular role. The actor plays a retired Constable who lives in a dilapidated chawl. The movie will take you through a whirlwind of emotions- desolation, sadness, and shock. Manoj Bajpayee’s acting prowess in the movie stands out above all else.

In an interview, Manoj Bajpayee opened-up about how the movie did not have enough budget for shooting. They only had ten days of shoot money and decided to go ahead and figure out the arrangement later. The actor bagged the Best Actor award at the National Film Awards for his efforts.