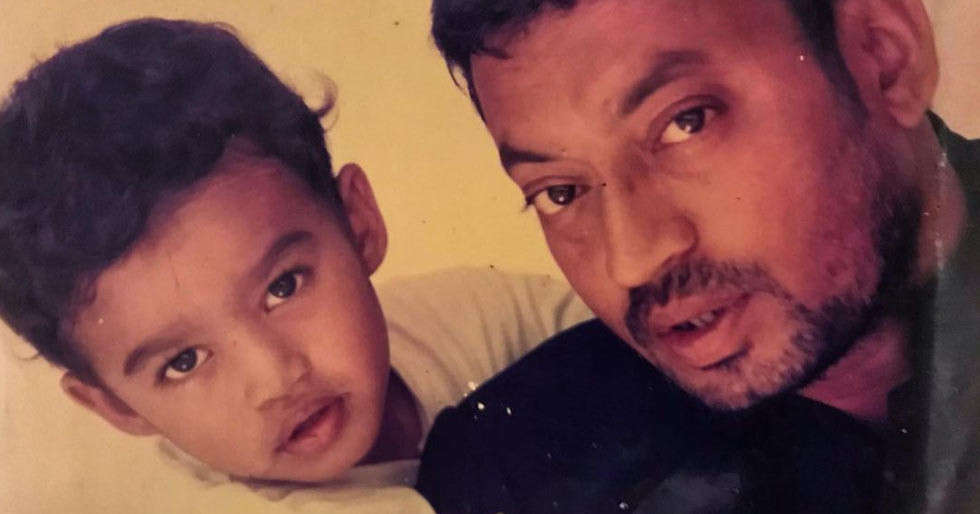 Irrfan Khan is no longer with us, but his memory will live on in our hearts forever. He was one of the best actors in our industry, as evidenced by the love he received from his fans. To keep his father’s legacy alive, Irrfan’s son Babil Khan frequently shares some old hidden gems. He shares old photos and pictures of the late actor with his fans in order to share some unseen memories. However, some of his son’s posts show how much he misses him. Today, on the anniversary of Irrfan Khan’s death, we’ve compiled a list of touching ways in which the late actor’s son remembered his father and moved his fans.

Babil posted photos of himself and his mother Sutapa on Instagram, posing next to a black and white portrait of Irrfan hung on the wall. In the photo, their home was decorated for Diwali, with a plant in the back decorated with lights and a wall decorated with ceramic plates of various colors and patterns, where Irfan’s portrait was hung. Many people flocked to him after he shared the photo, showering them with love and wishing them a Happy Diwali. Many people remembered the late actor in the post’s comments section.

While watching one of his late father, actor Irrfan Khan’s international projects, Babil Khan was seen fanboying over him. Babil took to Instagram to share a video of himself reacting to Irrfan in a scene from the mini-series Tokyo Trial. Irrfan is introduced to the audience in this scene. Babil Khan cheered as he watched the introduction, his gaze fixed on the television. Babil, who shared the video, wrote, “Some things just never get old eh?”

In a recent interview with a leading magazine, Babil Khan discussed his late father, Irrfan Khan, and explained why he would never stop grieving about his father’s death until the end of his life. Babil Khan also discussed creating his own legacy with his future work and how he would like to honor his father, late Irrfan Khan, by not being overshadowed by it. “I am very happy to be Baba’s Babil. A window into his soul, ”he said.

Last year, on the first anniversary of Irrfan Khan’s death, Babil paid tribute to him on social media. Babil, recalling the legacy began and completed by Irrfan Khan, one of Bollywood’s greatest actors, said that no one “can ever replace” the late actor, and he is correct. During his final years, Irrfan Khan “found joy in the simple things, like building his own table” or writing journals, according to Babil. In a touching letter to his “greatest best friend, companion, brother, and father.”

Babil Khan was cleaning out his phone when he came across a WhatsApp conversation with his father, Irrfan Khan. On Instagram, he posted a screenshot of the texts and described his feelings as ‘intense on a level I could not explain’. “Babila call please when ur up” and “Call back it’s very urgent,” read two messages dated March 17, 2020. Irrfan died on April 29, 2020, following a two-year battle with a neuroendocrine tumor. Babil wrote in his caption, “This was intense on a level I could not explain. I was deleting unnecessary chats from my WhatsApp and I found this. For f ** k’s sake. I was almost about to text him back just for the thrill of feeling like ‘mera bhai idhar hi hai mere saath’. ” 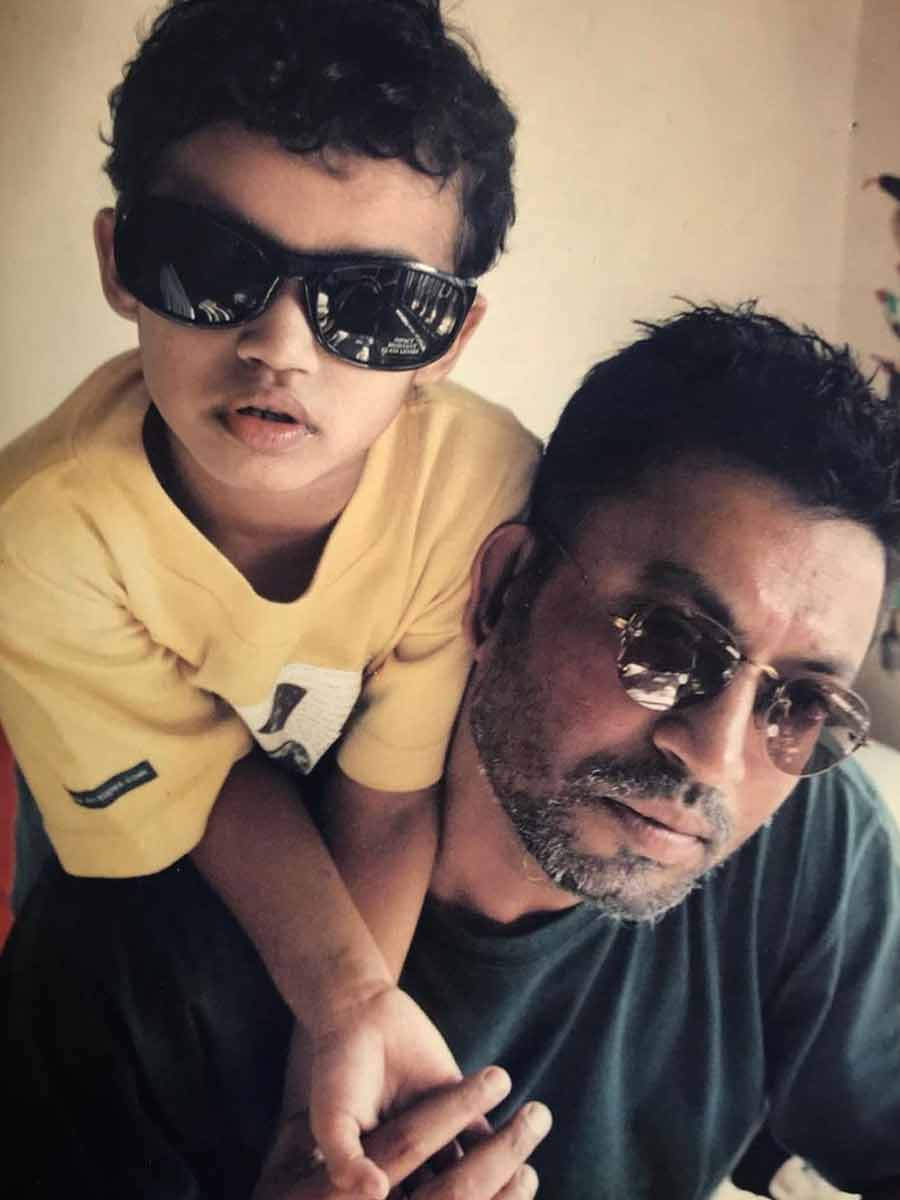 Babil Khan will make his debut soon, following in the footsteps of his father, Irrfan Khan. Babil is set to make his acting debut in Anvita Dutt’s Qala. He’ll also appear along with R. Madhavan, Kay Kay Menon, and Divyendu in Shiv Rawail’s The Railway Men. The star kid is working very hard to live up to everyone’s expectations, and it’s clear from this post that he wants his father to see all of the hard work he’s putting in to become the person Irrfan has always wanted to be.