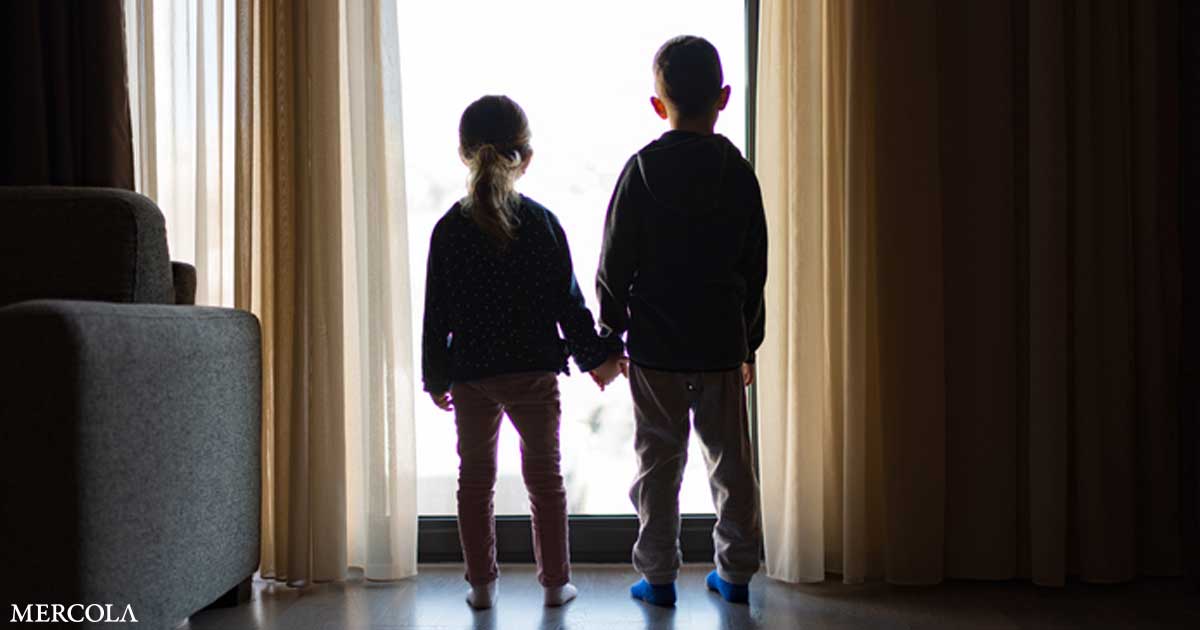 Time outdoors is so fundamental to human life that in US maximum security prisons, inmates are guaranteed two hours outdoors each day. Yet, according to one survey, 50% of children spend less than one hour outside daily.1 This disconnect from the natural environment may be leading to a host of physical and mental problems in children and adolescents, leading to a phenomenon known as nature deficit disorder.

Nature deficit disorder is, specifically, the “human costs of alienation of nature,” of which there are many. This, coupled with the fact that US children spend three times more hours on computers or watching television as they do playing outdoors,2 could be contributing to the mental health crisis that’s emerged among youth.3

What Is Nature Deficit Disorder?

The term “nature deficit disorder” was coined by journalist Richard Louv, author of “Last Child in the Woods.”4 This is not an actual psychological diagnosis but rather a term used to describe a lifestyle deficit that contributes to poor psychological and physical health.

Louv suggested that humans’ alienation from nature led to “diminished use of the senses, attention difficulties and higher rates of physical and emotional illnesses.”5 Speaking with Yale Environment 360, Louv explained that there’s been a surge in research highlighting the ill effects of a nature deficit in recent years:6

“When I wrote Last Child in the Woods in 2005, this was not a hot topic. This subject was virtually ignored by the academic world. I could find 60 studies that were good studies. Now it’s approaching and about to pass 1,000 studies, and they point in one direction: Nature is not only nice to have, but it’s a have-to-have for physical health and cognitive functioning. ”

Nature deficits are on the rise due to increasingly urbanized lifestyles, which generally include access to fewer natural spaces, lots of screen time and increased pressure from work and school, which leads to more time spent indoors and less leisure time in general, as well as less leisure time spent outdoors.

Changes in the perception of risk were also highlighted by Louv as a driving force behind nature deficit disorder, though he was referring to risks such as “stranger danger” at the time.

The COVID-19 pandemic magnified perceived risks of illness and social gatherings even further, such that outdoor time became even more scarce. In a study published in Environmental Research in March 2022, it was revealed that many US college students limited outdoor recreation and reduced their use of parks during the pandemic due to fears about the virus as well as lack of access or crowding.7

The reduction in park use was associated with higher levels of emotional distress, as was living in a county with a smaller area of ​​parks per capita. In another study of US adolescents conducted between April 2020 and June 2020, declines in participation in outdoor activities, connection to nature and mental well-being were noted.8 It is likely that nature deficit disorder is now even more prevalent than it was prior to the pandemic.

Thirty years ago, the greatest public health threats to teenagers included binge drinking, drunk driving, smoking and teenage pregnancy. That has been largely replaced with a new menace: mental health disorders. As reported by The New York Times:9

“In 2019, 13 percent of adolescents reported having a major depressive episode, a 60 percent increase from 2007. Emergency room visits by children and adolescents in that period also rose sharply for anxiety, mood disorders and self-harm. And for people ages 10 to 24, suicide rates, stable from 2000 to 2007, leaped nearly 60 percent by 2018, according to the Centers for Disease Control and Prevention. ”

The rise in mental health disorders has paralleled an increase in excessive cellphone and computer use – defined as at least three hours a day, not including school work – among teens in the last decade. As children spend less time indoors, they spend more time on screens, including exposure to social media. Over the same decade, persistent feelings of sadness and hopelessness, along with suicidal thoughts, also increased.10

You may have heard of the term “food desert,” which describes communities that have limited access to nutritious foods. “Park deserts” also exist, in which communities lack green spaces for their residents to spend time in.

With younger generations spending increasing amounts of time staring at screens, living in urban environments without access to natural spaces, the disconnectedness from nature is getting worse instead of better.

Writing in the journal BMC Public Health, researchers with The University of Texas Health Science Center at Houston described access to nature as an environmental justice issue, adding that “individuals who are Latinx, low-income, and / or with low levels of education have less access to vegetation, ”are putting their physical, mental and social-emotional well-being at risk.11

What Do Children Gain From Nature?

Regular access to and time spent in nature has immeasurable benefits on human health and well-being. Writing in Frontiers in Public Health, researchers with the Institute of Psychiatry and the National Institute of Mental Health and Neurosciences in India explained:12

“It is often experienced that a simple walk in a park, observing a plant sprouting to life from a tiny seed or going on vacation far away from the hustle of the city has at least partially relieved people the from overwhelming stress that we might be into and made people feel new again.

This gives us a clear indication that man indeed has a deep rooted desire to connect back to the natural world however much he separates himself from it, in his technologically advanced, sophisticated, well-furnished residence. ”

However, it’s not just an intrinsic feeling or assumption that nature is good for children’s health; research also bears this out. In a systematic review involving 35 papers, about half found statistically significant positive relationships between nature and mental health outcomes.13

Further, it has been previously found that, in youth and young adults, exposure to nature improves cognitive functioning, decreases attention deficit disorder and promotes self-awareness. Attending outdoor camp has been suggested as one way for children to gain crucial time in the outdoors, and one study, indeed, found benefits when young adults attended a four-week wilderness camp.14

In addition to the sense of place and nature connection improving, the participants felt that the wilderness environment facilitated social connections, and they experienced significantly improved well-being, including benefits to:15

All of these bring people back in touch with their natural roots, leading to health improvements that can be difficult to gain using other interventions. Ecotherapy techniques have been shown to benefit a range of disorders, including:16

A 2019 study revealed, for example, that patients in a psychiatric hospital benefited immensely from gardening.17 Working with plants and soil stimulated reflective processes in the patients, who used the activity and the garden itself symbolically to gain insights into their illness.

Along with providing calmness and a needed change of environment from the hospital setting, gardening led to improved mood and pro-social behavior while fostering a sense of community, belonging and shared purpose. The patients also experienced reduced isolation and felt the activity gave them a distraction from unpleasant thoughts. Gardening may be so powerful, in part due to what’s known as attention restoration theory:18

“Attention restoration theory suggests the ability to concentrate may be restored by exposure to natural environments. Participating in gardening activities allowed an individual to move mentally and physically to a different place, provided an opportunity to feel connected to a larger world and allowed the participant to engage in their environment to meet their needs and interests, all of which contribute to the restorative environment.

Particularly during the pandemic, when people, including youth, became even more isolated from their natural environment, researchers have suggested that natural areas can be used to combat “psychological turmoil,” and pointed out that ecotherapy interventions can be “simple and transformative,” adding:19

“[W]e can place our hands on the soil to feel grounded, vade in the water to feel emotionally healed, fill our lungs with fresh air to feel mentally clear, raise our faces to the heat of the sun and connect with the fire to feel the immense power within us, the sum of which is, physical connection with nature has an ameliorating effect on our mental health concerns.

Indeed research so far indicates reconnecting with nature through certain unembellished methods will certainly bring about modification in the positive direction in our well-being and mental health issues. ”

Positive changes are underway as it’s becoming increasingly clear that humans need nature, perhaps more than nature needs us. A survey by HR advisory firm Future Workplace found that access to natural light and outdoor views was the No. 1 most sought-after attribute of workplace environment, beating out fitness centers, on-site childcare and cafeterias.20

Even schooling is increasingly taking place outdoors. Louv, who cofounded the Children & Nature Network to increase children’s time spent in nature, said outdoor schools, where the majority of learning occurs in natural spaces, have increased by 500% since 2012 in the US21

Even spending 120 minutes or more in nature a week was associated with a greater likelihood of good health or high well-being, compared to no nature contact,22 and you can break it up any way you want – one hour twice a week, 20 minutes six days a week, and so on.

Encouraging youth to turn off electronics and spend time outdoors – engaged in sports, gardening, walking the dog or just being in nature – should be a priority. Whenever you have an opportunity to get outdoors, do it – meal times, family gatherings and even washing your car are all opportunities to be outdoors.

Overscheduling is another common barrier to youth getting access to the natural environment, and it’s estimated that the average US child spends just four to seven minutes outdoors engaging in unstructured play each day.23

As such, one of the simplest things parents can do for youth, according to the Children & Nature Network, may also be among the most profound: “Make nature play a priority like any other scheduled event and use the time for quality family bonding too. . ”24 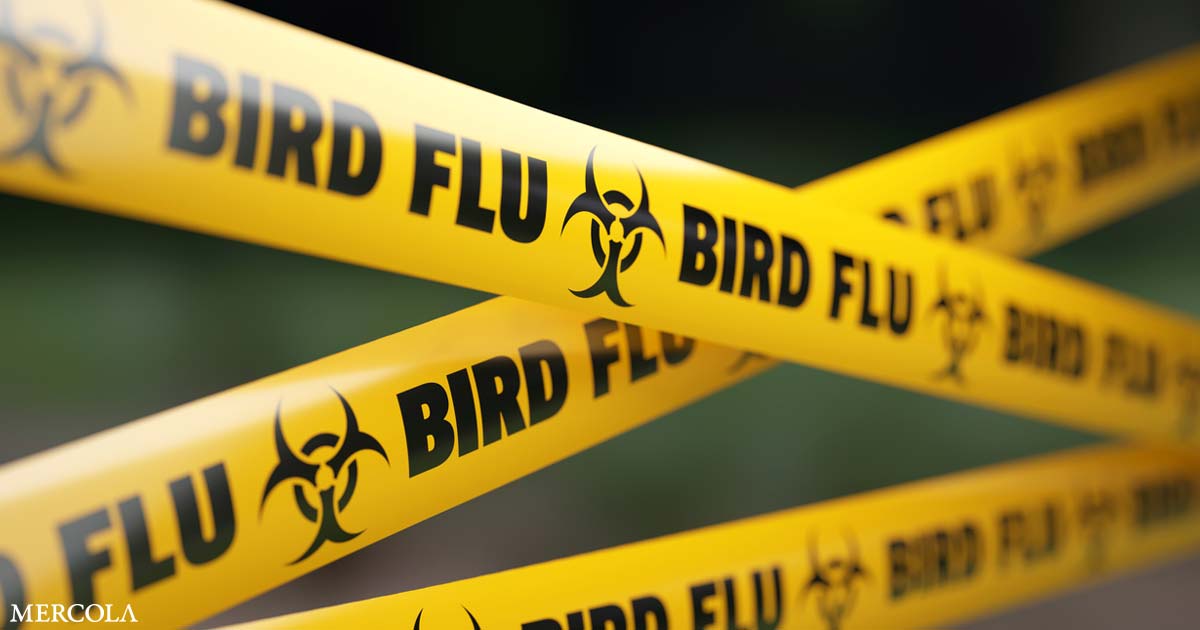