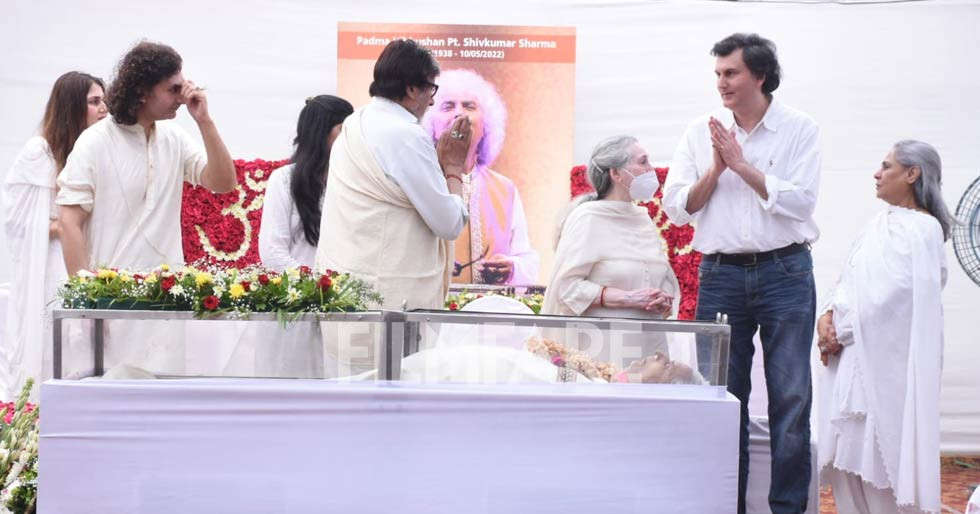 The demise of santoor maestro Pandit Shivkumar Sharma after suffering a cardiac arrest shook the nation yesterday. The loss of the revered musician is felt by his loved ones and alike fans. Many expressed their shock and grief following the sudden news of his passing. Among those sharing their condolences and tributes are members of the entertainment industry. The late music composer’s funeral is reportedly being held today in Mumbai and veteran stars Amitabh Bachchan and Jaya Bachchan arrived to pay their last respects.

Upon their arrival, the celebrity couple were clicked with folded hands as they greeted Pandit Shivkumar Sharma’s family and went on to offer their respects and prayers. Amitabh Bachchan and Jaya Bachchan looked visibly devastated. The composer had composed music for the 1981 film Silsila along with Hariprasad Chaurasia. 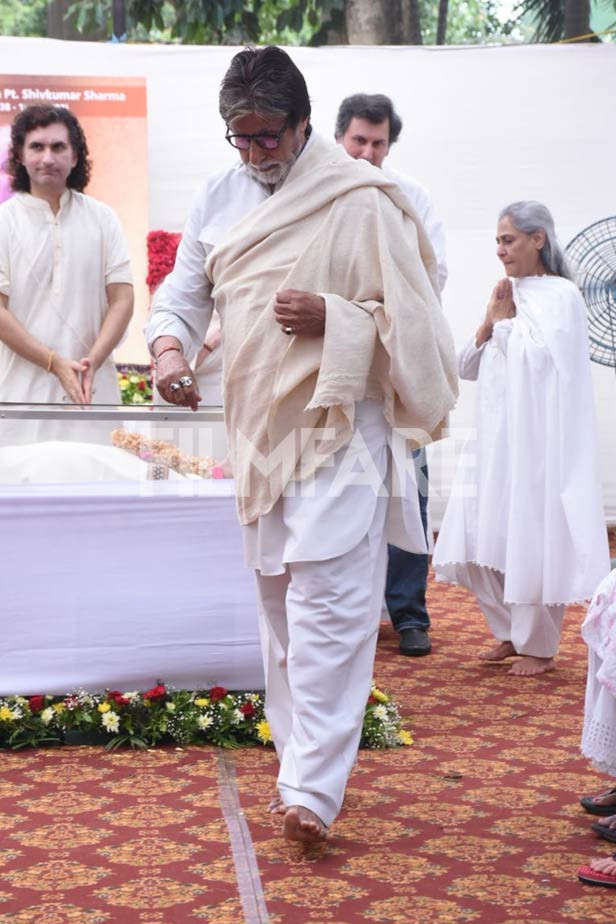 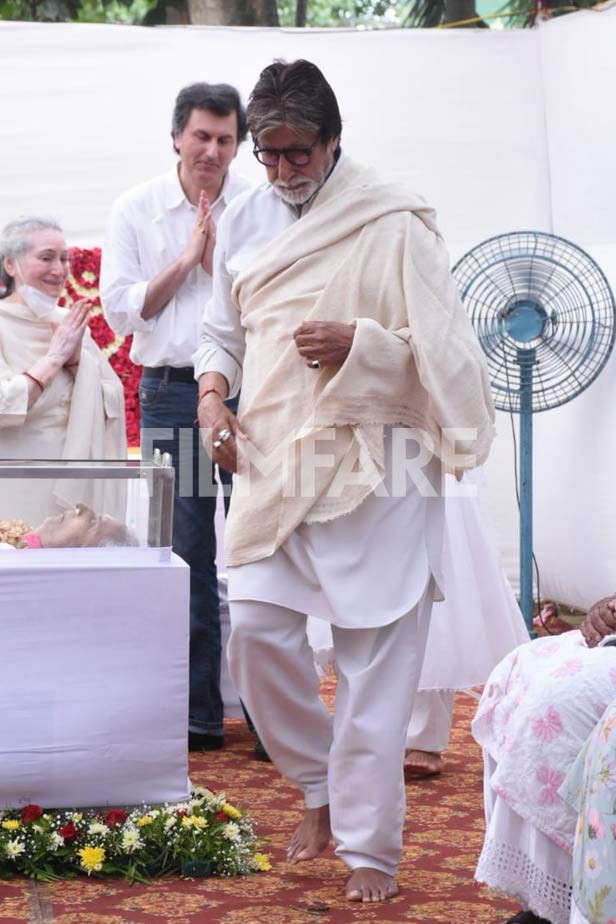 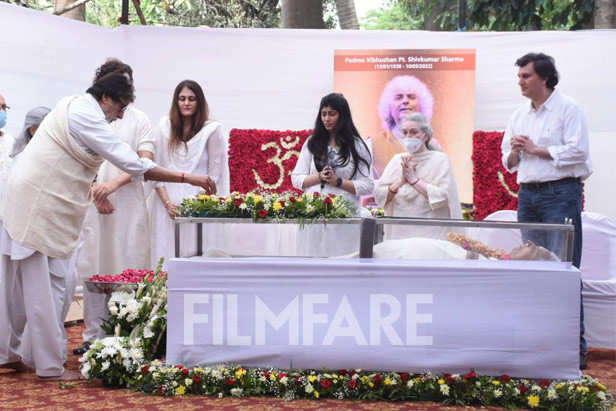 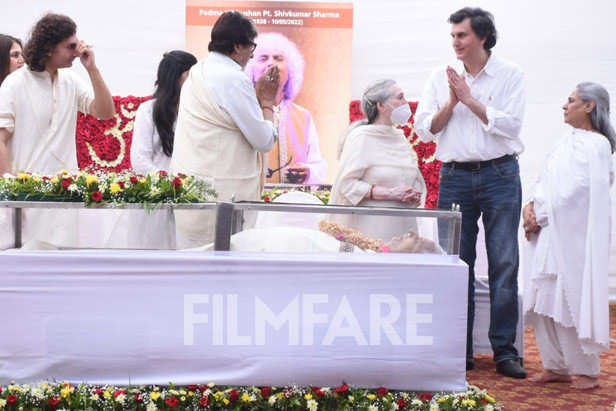 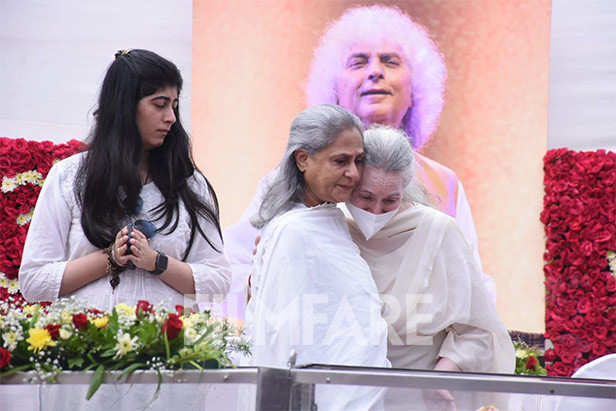 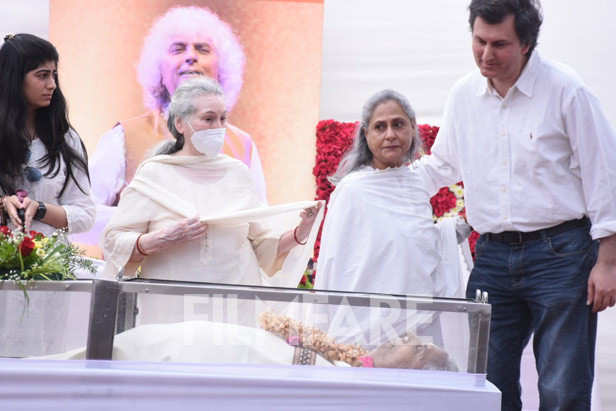