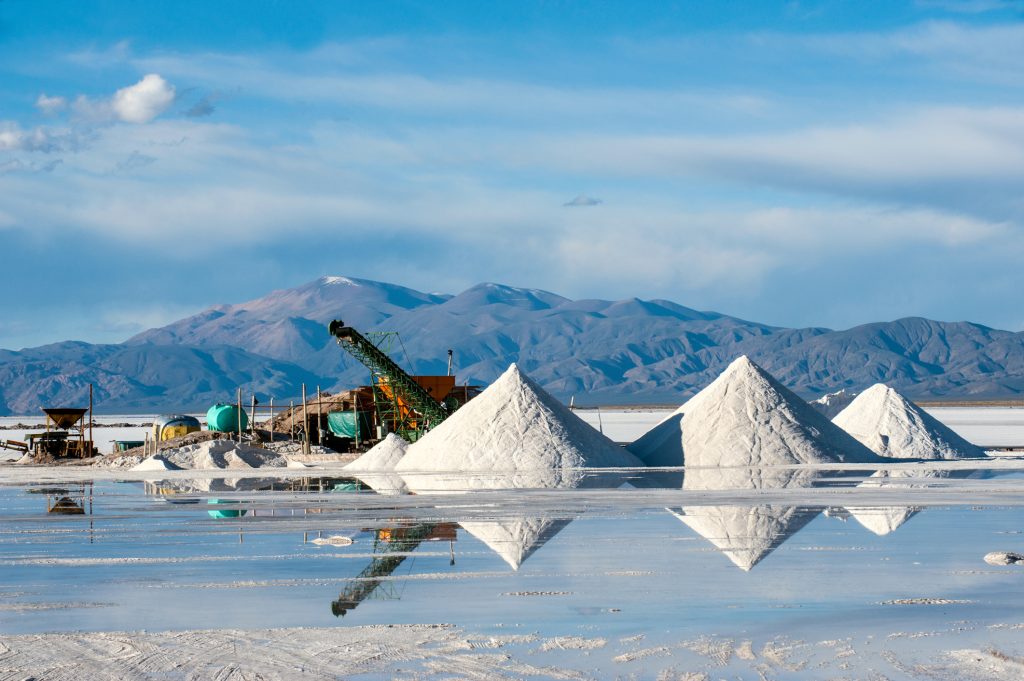 Want to get an EV manufacturer agitated? Ask them from where their supply of lithium will come. The answer will likely be that they do not know. Today more than ever, lithium supply is a source of anxiety for EV manufacturers dealing with overall supply chain challenges.

In a recent interviewJoe Lowry, a mining consultant and podcaster known as Mr. Lithium, told Bloomberg that there will be a heightened gap between supply and demand over the next two years.

During Tesla Motor’s last earning call, CEO Elon Musk even urged entrepreneurs to get into the mining business, saying that “the lithium margins right now are practically software margins. I think this there’s a, correct me if I’m wrong, but I think we’re seeing cases where the spot lithium price is 10 times higher than the cost of extraction. So not like we’re talking 90% margins here. Can more people please get into the lithium business? Do you like minting money? Well, lithium business is for you. ”

Mining & Producing Lithium: Not for Feint-Hearted

Geologically speaking, lithium is relatively common but the process of exploration and extraction takes years and has many risks. One major source of lithium is from salt-encrusted depressions, usually the basin of an ancient evaporated lake, which are called ‘salars.’ These salars are targeted for geological exploration, as many have lithium concentrated in dissolved salts that have accumulated over millions of into underground brine pools. Traditional methods to extract this lithium is to pump the brines to the surface and then evaporate the water and leave the salts behind, including lithium.

However, drawing on Elon Musk’s comment, patience is not a virtue for software entrepreneurs (who are more akin to the people at EV producers). Their patience might be challenged by the lengthy process of moving lithium projects from discovery to production. As Mr. Lithium sagely notes, “You can build a battery factory in two years, but it takes up a decade to bring a lithium project on-line. It’s not a commodity; it’s a specialty chemical. Lithium is often compared to iron ore or other major commodities, and it behaves nothing like that. The auto industry is just finally figuring that out. Lithium qualification for an auto company can take over a year. ”

The process of turning lithium into the chemicals that power batteries is not easy and it is not fast. Even after the long development steps to produce lithium from a salar, refining lithium involves chemical processes that cause water and soil pollution without proper controls. As such, it can take many years for a new lithium-mining operation to produce battery-grade materials.

The quest for access to high grade lithium among EV manufacturers is heated. The United States and other countries disentangling their clean energy supply chains from China, currently the leading lithium producer, are urgently searching for new sources in geopolitically safe lithium-rich countries, particularly Chile.

Chile, Argentina and Bolivia comprise the lithium “golden triangle”. The Atacama Salar in Chile accounts for 35% of the world’s lithium production and is also the site of the lion’s share of new lithium projects globally. Atacama is also the world’s highest-grade lithium brine source. This translates into large volumes of lithium material and low-cost production, given how rich the resource is there.

As the demand for lithium has increased dramatically in the recent past, so has scrutiny of lithium business operations. Current production technology involves using solar evaporation as a first step to extract lithium from a resource. Basically, it means evaporating water off into the open air to recover dissolved lithium salts. While it is a cheap and easy process, it is an anathema in the driest area of ​​the world.

New lithium extraction technologies have begun to attract attention with Direct Lithium Extraction (“DLE”) gaining the most headlines and investment. “While traditional methods yield about 40% to 50% of the lithium present in a mined resource, processes using DLE can extract 75% to 90%, companies behind the technologies say,” he said. reports The Wall Street Journal. “The question is whether DLE is ready to make a major difference. Many DLE technologies that work well in a laboratory often run into trouble in the field, experts say. Many of the technologies would likely still require large amounts of water and power to run the devices on a large scale. ”

“Right now, it’s still very theoretical,” says Chris Berry, founder of House Mountain Partners LLC, an adviser to battery-metals companies and investors. However, despite the technological challenges of DLE, it seems certain that traditional solar evaporation is coming to an end, as social pressure to end the practice is increasingly being felt at the level of government regulators across the industry.

The quest to develop more lithium asset and production technologies is notably is heating up in the United States, with the US Department of Energy (DOE) investing $ 2.91B “to boost production of advanced batteries that are critical to rapidly growing clean energy industries of the future, including electric vehicles and energy storage.” This step, and similar ones being taken by governments and industry worldwide, point to a future of more lithium consumption and better technology to use lithium to get the most benefit from its energy-storage capabilities.

To date, the lithium industry has a poor track record of delivering supply to the market, as demonstrated by multiple projects announced earlier this decade not being built, and multiple expansion plans of existing operations not being realized. However, those companies that have access to capital and, most importantly, access to top tier specialists, have been able to perform quite well. I believe that Wealth Minerals is well placed to join the ranks of these top tier performers.