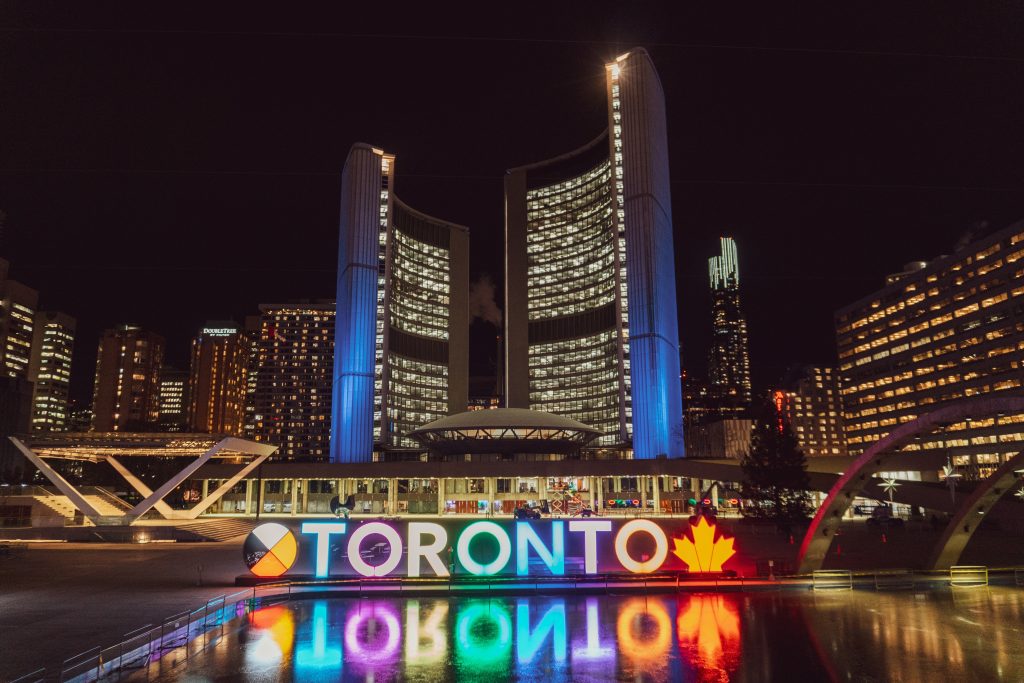 Canada’s position as one of the top tech hubs in the world has been improving over the past years, with Toronto recently becoming the third-biggest tech hub in North America. The tech capital of the country has surpassed cities like Austin and Miami when it comes to attracting top talent and investors over the past years. Now, the city is getting ready to host one of the biggest tech events in the world: Collision 2022.

Launched back in 2014, the event originally received a total of 1,500 attendees in Downtown Vegas. Collision has been experiencing rapid growth ever since, getting more than 1,250 startups, 200 partners, 1,200 journalists, 850 investors, and 33,000 attendees to join the 2021 virtual edition. This success has led to outlets like Politico and Bloomberg to nickname the convention “The Olympics of tech”.

Of all the tech events out there, Collision has also made a name for itself for being the fastest-growing tech conference by bringing some of the best speakers, startups, and investors, while playing special focus on startups and female entrepreneurs. If you are looking for an opportunity to network, learn, generate leads, find top talent, or increase brand awareness, Collision is an event you should attend too.

With Collision also being one of the top events for startups in the tech industry, especially those in the early stages, talks around fundraising will also take place. “From tiny acorns: The changing economics of seed-stage investing” will see our own Executive Director Jordan French take the stage with Jenny Fielding, General Partner at The Fund; and Kanyi Maqubela, Managing Partner at Kindred Ventures, to talk about increasing competition for seed-stage investment.

Over the past 19 years, Jenny Fielding has become one of the most influential people in the startup ecosystem and a true venture powerhouse. She has personally mentored hundreds of founders all around the world, founded her own 2 businesses, and invested in hundreds of companies. Some of these startups include Chainalysis, Alloy, Dash, Headway, Supergreat, Contra, Particle Health, Bloomscape, Simple Health, Pair Eyewear, and Latch.

Jenny’s experience includes being Head of Digital Ventures for the BBC, Associate at JP Morgan and Chase, Managing Director at Techstars, and Adjunct Professor for Columbia University. Her role in all of these organizations has been closely related to venture investments and guiding entrepreneurs to succeed during the early stages of growing their businesses.

A graduate and undergraduate dropout, Kanyi Maqubela has always been known for expanding his horizons and learning about all sorts of things. Having originally worked as a teacher, Regional Field Organizer for Barack Obama’s campaign, and Content / Community Manager at Doostang, Kanyi joined the world of venture investing back in 2013, personally investing in startups like Earnest, Just, TrueLinki, Upstart, Opencare, Reddit , Zendrive, HelloSign, and many more.

Ever since, Kanyi has been dedicated to helping others fulfill their vision for the world by providing perspective and counsel based on each individual’s strengths and weaknesses, all while trying to “celebrate their good”. His unique approach has led him to serve as Advisor for Tala, Adjunct Professor at New York University, Partner at Collaborative Fund, and now Managing Partner at Kindred Ventures.

An award-winning journalist and the Executive Director at Grit Daily, Jordan French has decades of experience in the engineering, law, and creative industry having worked for organizations ranging from NASA to the Federal Energy Regulatory Commission.

Jordan has also co-founded 6 successful companies, which provide him with a unique perspective on the world of entrepreneurship that he is now using to help others start and succeed in their own journeys. As an active member of the media and startup ecosystems, as well as one of the most sought-after speakers, he knows the ins and outs of the venture capital world.