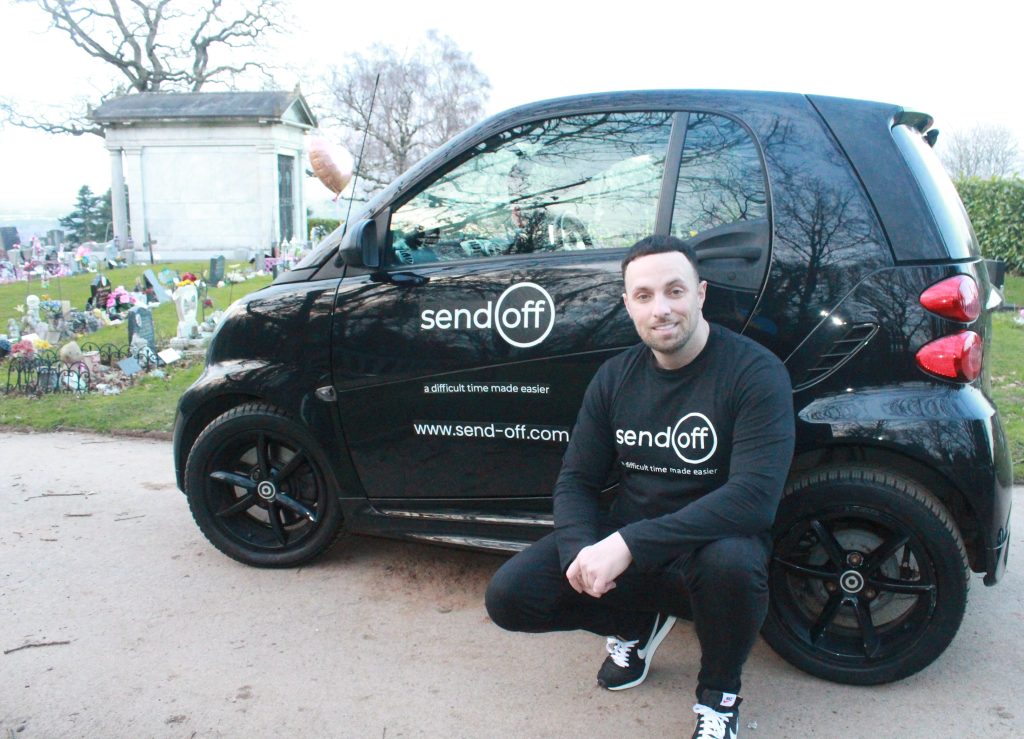 More than 15 million people die each day around the world according to Our World in Data. It is also estimated that each death leaves 1 to 5 close attachments behind. However, despite how big these numbers are, the death care industry has chosen to focus on the departed, ignoring those left to deal with grief. Send-Off, a grief management startup based in the UK, is looking to change this reality as it gets ready to launch from stealth.

Founded in early April of this year by Henry Joseph-Grant, Send-Off is a Belfast-based grief management startup looking to help people deal with loss. The startup, which is yet to emerge completely from stealth mode, was the result of its founder’s personal experience back in 2015 after his son died. In a series of tweets explaining the “why” of the startup, Joseph-Grant said:

“In 2015 I had to arrange my son’s funeral. I wouldn’t wish burying your child on anyone. It’s an awful experience. For the last 7 years, I’ve experienced how the entire end-of-life industry / grief management at every step is inefficient. I’m obsessed w / 10x’ing customer experience. Having been one of the first employees @JustEatUK It troubles me that it is literally easier to order a pizza than it is to arrange pretty much anything when you lose and grieve for someone. My team will change that and make a difficult time easier for everyone on the planet. ”

The global death care services market was worth $ 102.58 billion in 2021 and is expected to grow by more than 10% by the end of this year. However, despite being one of the most valuable industries out there, most of its services focus on the process ranging from body preparation to its burial and the upkeep of the resting place.

Anyone who has had to deal with funerary services is aware of the emotional disconnection existing in the industry at a time when empathy should be paramount. While we are still missing details on its exact plans, Send-Off promises to bring the innovation that has been missing to help people manage grief. We know this much, though: diversity will be one of its pillars.

Joseph-Grant himself is a globally recognized entrepreneur who has successfully launched and scaled startups in the tech industry such as The Entertainer UK. He has also held a leadership position in companies like Virgin Media, Just Eat, Gett, and BigDish, as well as being a mentor for TechStars, Pi Labs, and Seedcamp before founding Send-Off. However, he believes that his experience is not enough to develop a grief management solution that can adapt to everyone’s needs.

The startup recently announced that it has completed six major appointments to its advisory team in order to make diversity a priority. The appointments include the name of some of the most well-known names in their industries:

Joseph-Grant, who has an extensive list of achievements himself, said about the appointments:

“I hand picked our Advisory team to add proven, complementary experience and to be representative of the diversity of our users, I’ve never seen a startup attract the level of experience, caliber, and reputation of all six advisors so early on, it’s a real statement of intent of the world class company which we’re building here in Belfast ”

As with any startup working on getting out of stealth, Send-Off surely has many details to be worked on and decided on. However, with a stellar advisory board and a clear mission, the startup is expected to launch in Q2.