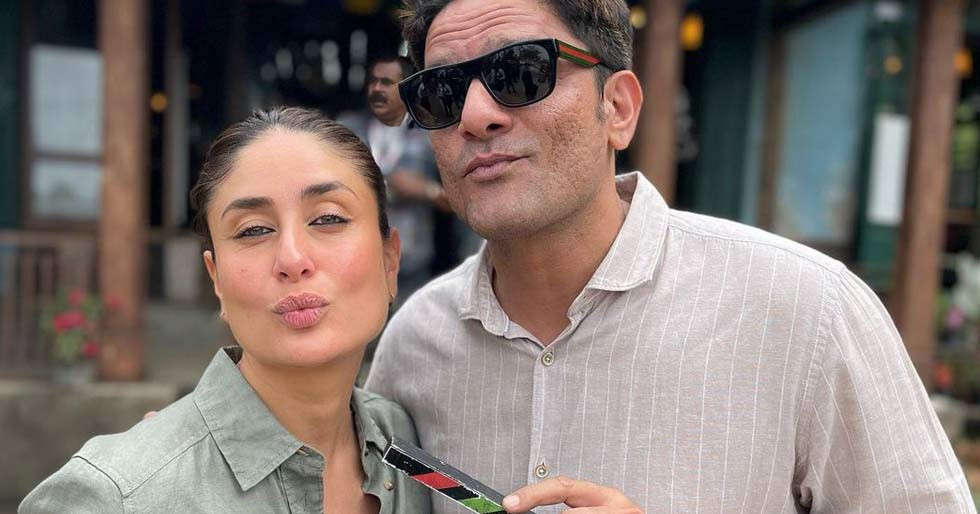 Fans have been ecstatic since it was announced that Kareena Kapoor Khan will appear in Sujoy Ghosh’s next film alongside Jaideep Ahlawat and Vijay Varma. Well, the actress took to Instagram yesterday and shared the first photo from Kalimpong as she prepared for the first day of shooting. And today, her co-star Jaideep took to Instagram to share a fun picture with Bebo as he learns to pout from her after completing the first day of filming.

Kareena Kapoor Khan can be seen in the photo wearing a gray shirt. She has her hair in a bun and wears very little makeup on her face. She is standing next to her co-star Jaideep Ahlawat, who is dressed in a beige striped shirt. They can be seen pouting together while holding a clapboard. Sharing this image, Jaideep wrote, “So much” Devotion “in Learning how to Pout from ‘The Best’ & I failed miserably… Day 1 completed Together and a long Journey ahead with one & only” The Bebo “, The Gorgeous @kareenakapoorkhan . ”

The untitled film is said to be an adaptation of Japanese author Keigo Higashino’s The Devotion of Suspect X, and it will reportedly debut on OTT next year. 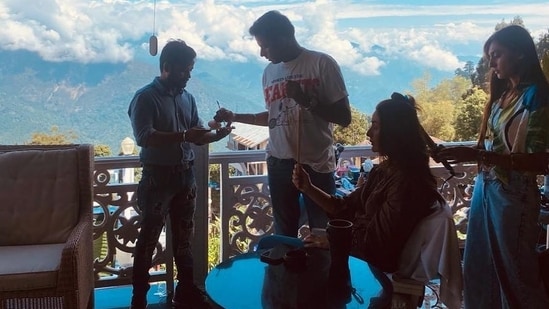 Meanwhile, Kareena is looking forward to the release of the much-anticipated Laal Singh Chaddha, in which she co-stars with Aamir Khan. The film is a remake of the Hollywood classic Forrest Gump, and it will be Kareena’s third collaboration with Aamir, following 3 Idiots and Talaash. Laal Singh Chaddha, directed by Advait Chandan, is set to be released on August 11 of this year.