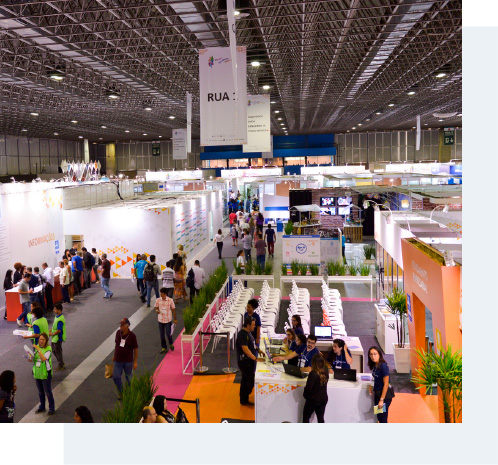 Startups… looking for an excuse to get to Brazil? Look no further. Web Summit announced today a new event to take place in Rio de Janeiro in May 2023: Web Summit Rio.

Web Summit Rio will join the roster of international events organized by Web Summitwhich already includes Collision in North America, RISE in Asia, and the flagship Web Summit, which takes place in Lisbon every November.

Web Summit Rio is another milestone for the Dublin-based company as it expands in response to increasing demand for relevant travel and in-person gatherings post-pandemic. After receiving bids from several cities across Brazil, Web Summit has selected Rio de Janeiro as the new event’s host city for the next three years.

Brazil has a rapidly expanding tech and startup economy. It is home to 21 unicorn companies, and Rio de Janeiro’s reputation as a startup hub is gaining international recognition, including from Grit Daily.

Web Summit Rio will be the largest tech event in Brazil, which is the world’s ninth largest economy and the only Latin American nation listed among the 10 leading global unicorn markets.

The first year of the event will host 10,000+ attendees from around the world, and will take place at Riocentro – one of the most versatile convention centers in Brazil, with almost 87,000 sq m of indoor space.

“We are delighted to bring a brand new Web Summit event to one of the most iconic cities in the world. I hope and expect Web Summit Rio will become one of the largest tech events in the world. Rio is widely seen as one of the hottest destinations for the tech industry. International investors are looking at Latin America, and Brazil in particular, attracted by some of the hottest startups in the region. Last year alone, Brazil saw 10 more companies hitting unicorn status, while Brazilian startups raised US $ 9.4 billion – triple what was raised in 2020. We feel it is the place to be right now, and we can’t wait to have our first Web Summit Rio there in 2023. ” – Paddy Cosgrave, Web Summit founder and CEO.

“The support of Brazilian public and private entities – and, in particular, the commitment of Eduardo Paes, the mayor of Rio – were essential in bringing this brand new Web Summit event to Rio. We are very excited to continue the global expansion of Web Summit, and we cannot wait to welcome thousands of attendees, partners and exhibitors to such an amazing venue and city. ” – Artur Pereira, Web Summit’s country manager for Portugal and one of the main architects of the deal.

“Rio has always been the stage for important themes to the world. Now, once again, we will lead the region while bringing together the best companies, talents and investors to discuss technology and innovation.

Rio has a tradition of hosting major international events, and we are proud to have been chosen as the first city in Latin America to host this major event. ” – Mayor Eduardo Paes of Rio de Janeiro.

“Web Summit Rio marks the beginning of a partnership between the city of Rio and the Web Summit group to transform the tech ecosystem in Latin America. We are confident that the Web Summit has found its new home for the next decade, and certain that they will be an important partner in building a more sustainable, technological and inclusive city together with us. Welcome, Web Summit Rio. The stage is yours. ”