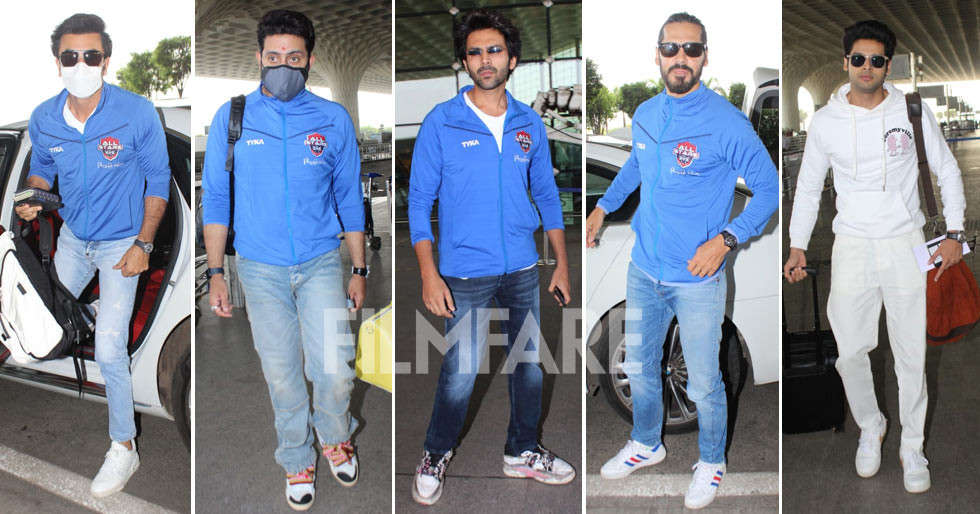 The other members who are part of the team, Aparshakti Khurrana, Karan Wahi, Shashank Khaitan, Dino Morea, Shoojit Sircar, Shabir Ahluwalia, Samir Kocchar and Bunty Walia, the owner, too jetted off.

Ranbir Kapoor paired his AFSC jersey with white sneakers and black aviators. Meanwhile, Abhishek Bachchan was photographed with a tilak on his forehead. Kartik Aaryan smiled at the cameras in his jersey, and Abhimanyu Dassani was seen in a white hoodie and white denim. 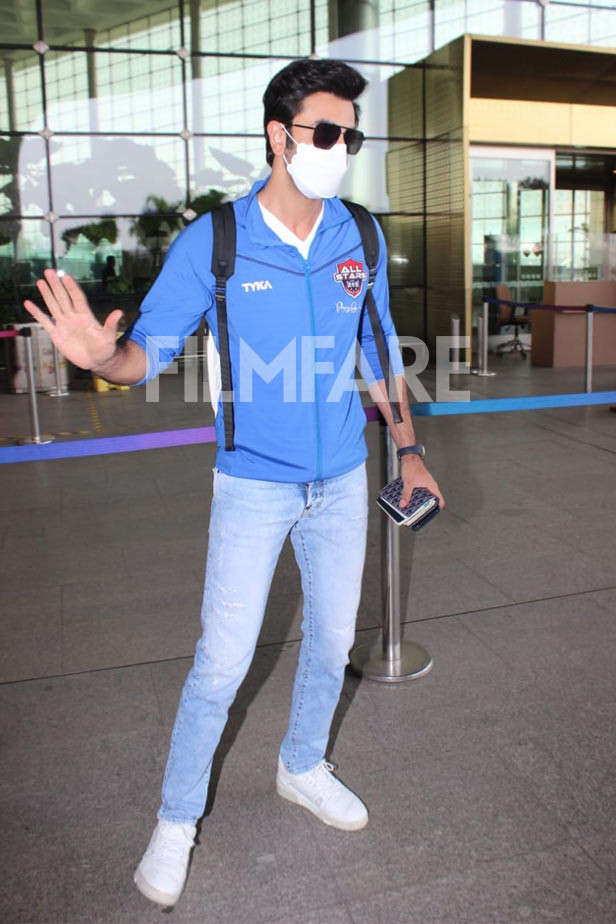 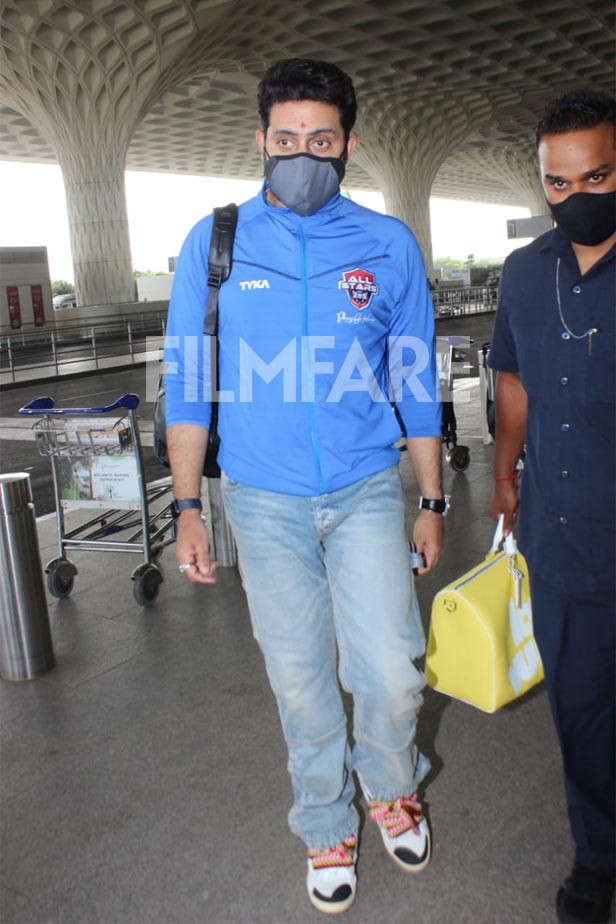 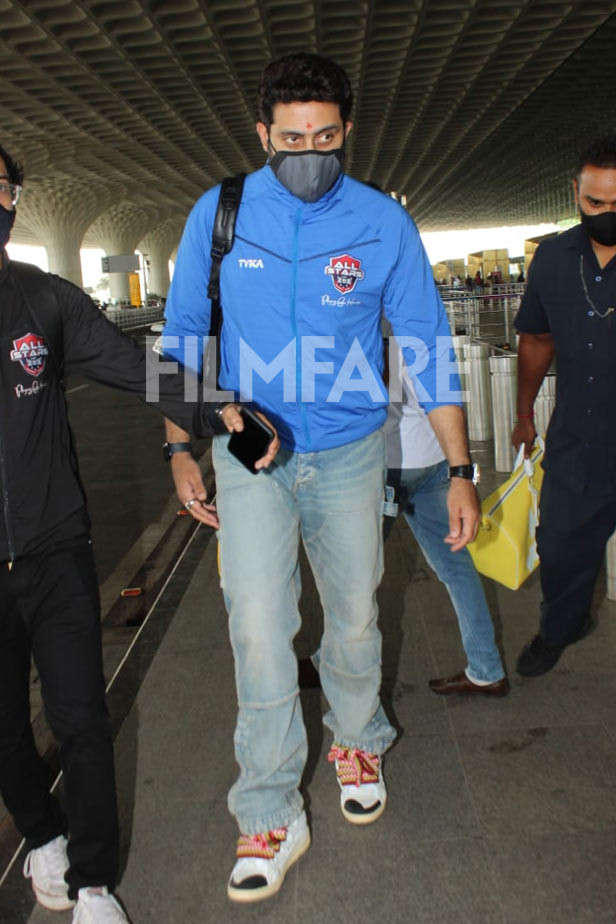 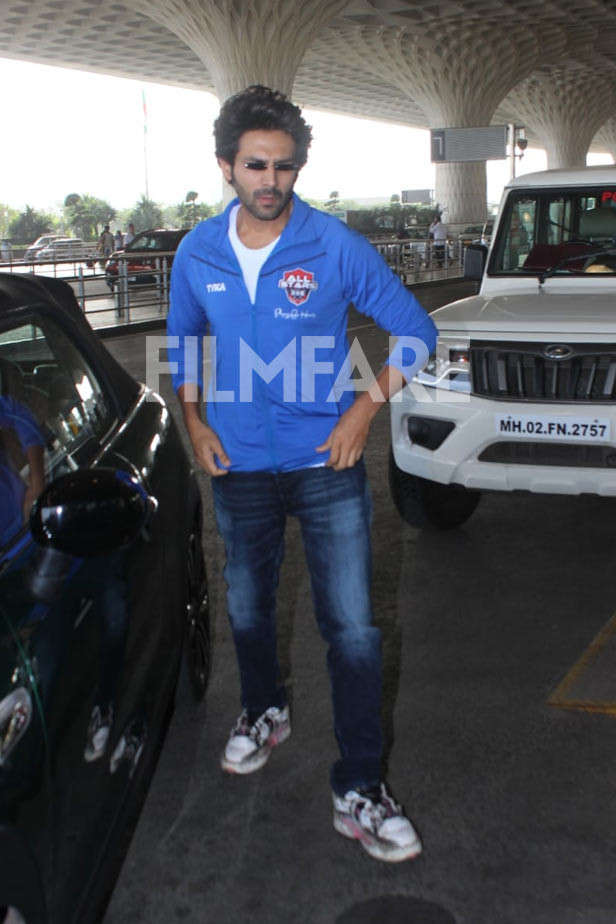 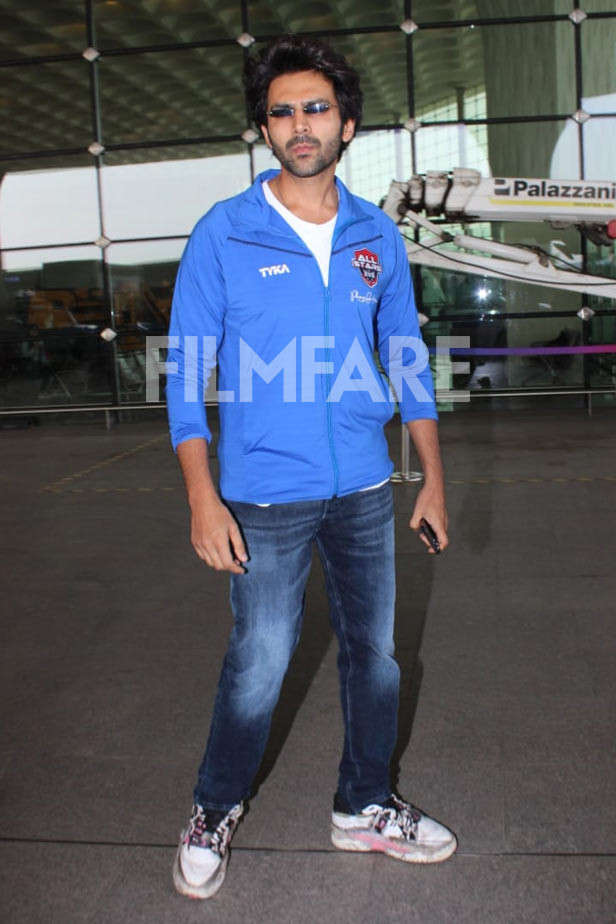 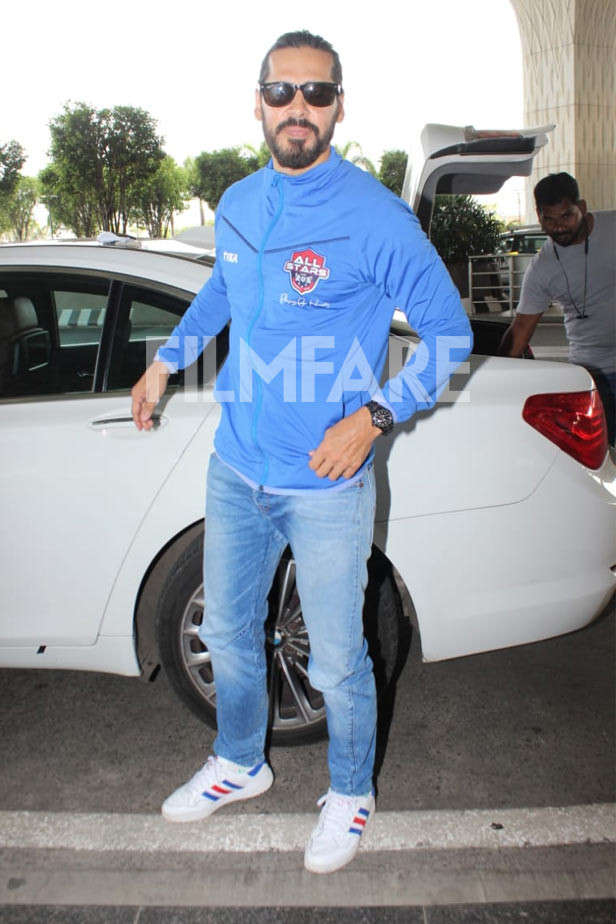 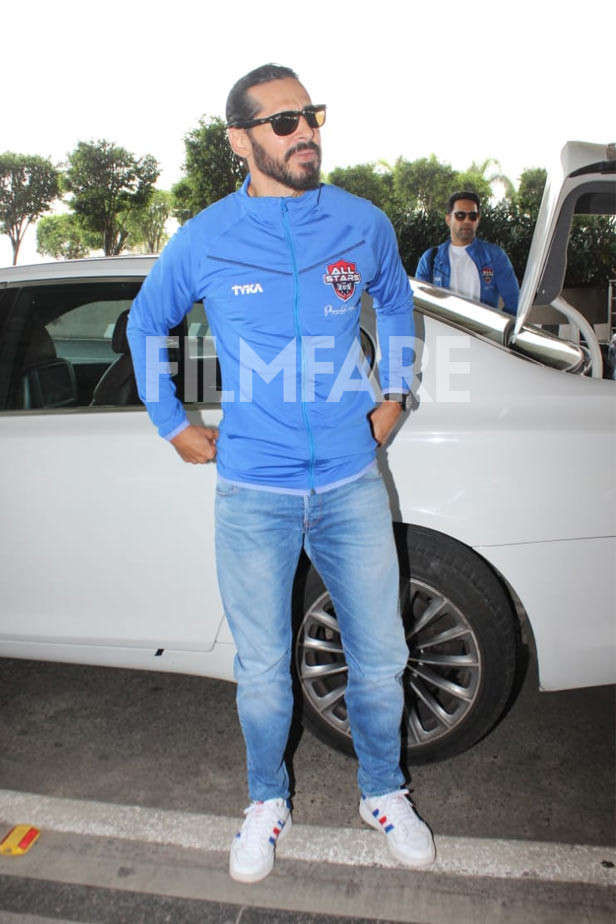 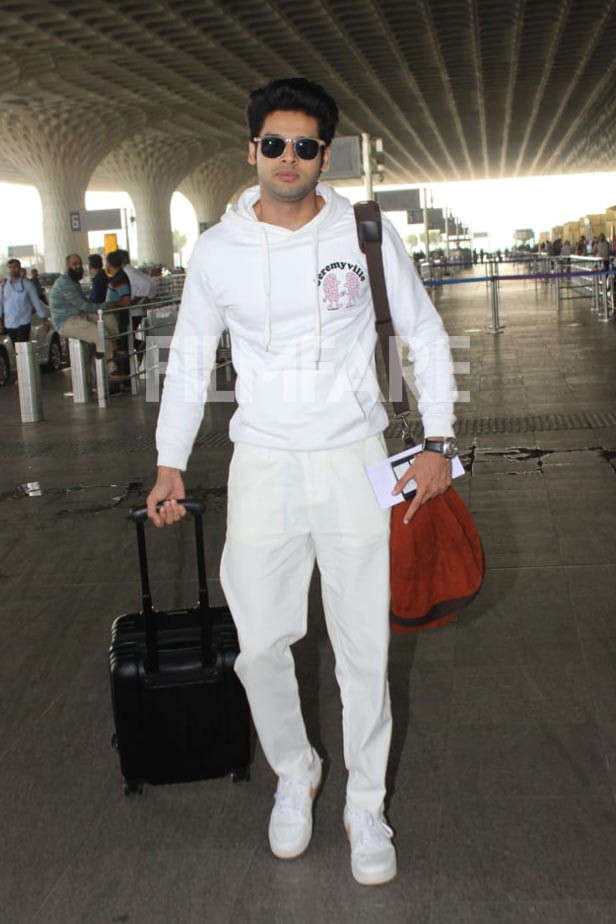 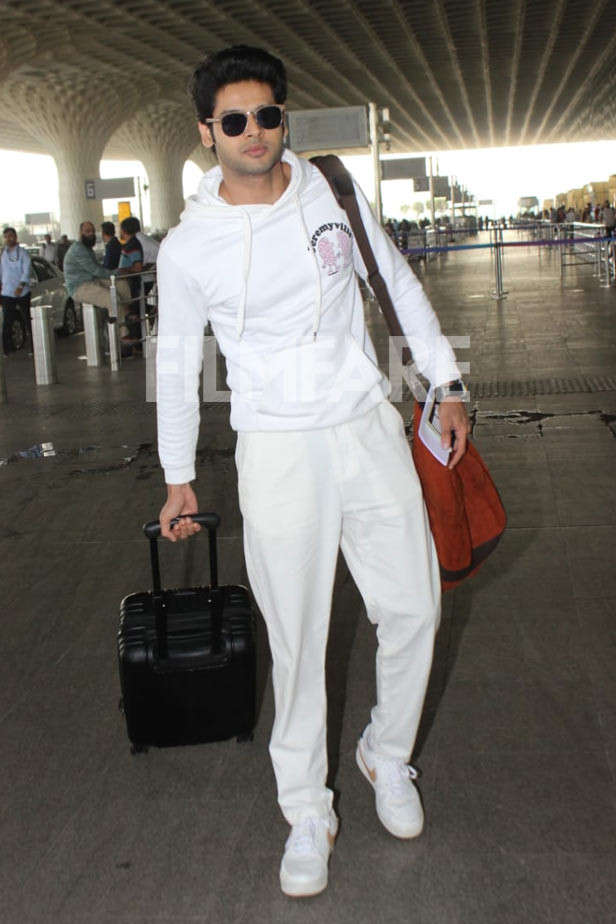