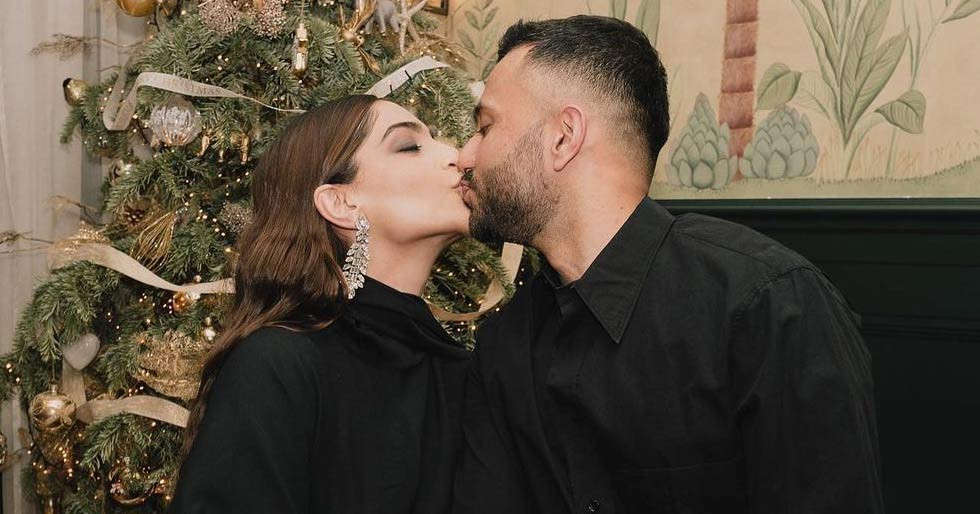 Sonam Kapoor and Anand Ahuja, one of the most talked-about couples in B-town, are celebrating their wedding anniversary today. The actress who has been making headlines as she is expecting her first child took to social media earlier today to share the sweetest anniversary wish for her husband. In an Instagram post, she dropped a bunch of photos from over the years. Would you believe us if we told you that the two have now been married for four years?

In her wedding anniversary post which contains the couple’s stunning photos, Sonam Kapoor penned a note about love and eternity. She wrote, “Happy happy Anniversary @anandahuja I’ve always been an incurable romantic and believed in all the love stories ever written. You’ve surpassed all expectations of what I dreamed and wished for. I thank the universe everyday that gave me the best man in the world! Love you the most most my baby. 6 years down and an eternity to go. #everydayphenomenal ”. And fans have officially turned to mush.

Sonam Kapoor and Anand Ahuja tied the knot in a beautiful ceremony on May 8 in 2018. The wedding that took place in Mumbai was attended by Bollywood’s finest and the couple’s closest friends and family. Since then the two have been serving relationship goals.
The couple will welcome their first child later this year. The actress who is best known for her roles in films like Neerja and Khoobsurat has been staying off the radar lately in her London home. She had earlier announced her pregnancy in a post captioned, “Four hands. To raise you the very best we can. Two hearts. That will beat in unison with yours, every step of the way. One family. Who will shower you with love and support. We can’t wait to welcome you. #everydayphenomenal # comingthisfall2022 ”.

On the career front, Sonam Kapoor has been on hiatus after the release of AK vs AK in which she played herself. She was previously seen in The Zoya Factor and is set to make a comeback with the crime thriller film Blind which will arrive on OTT.