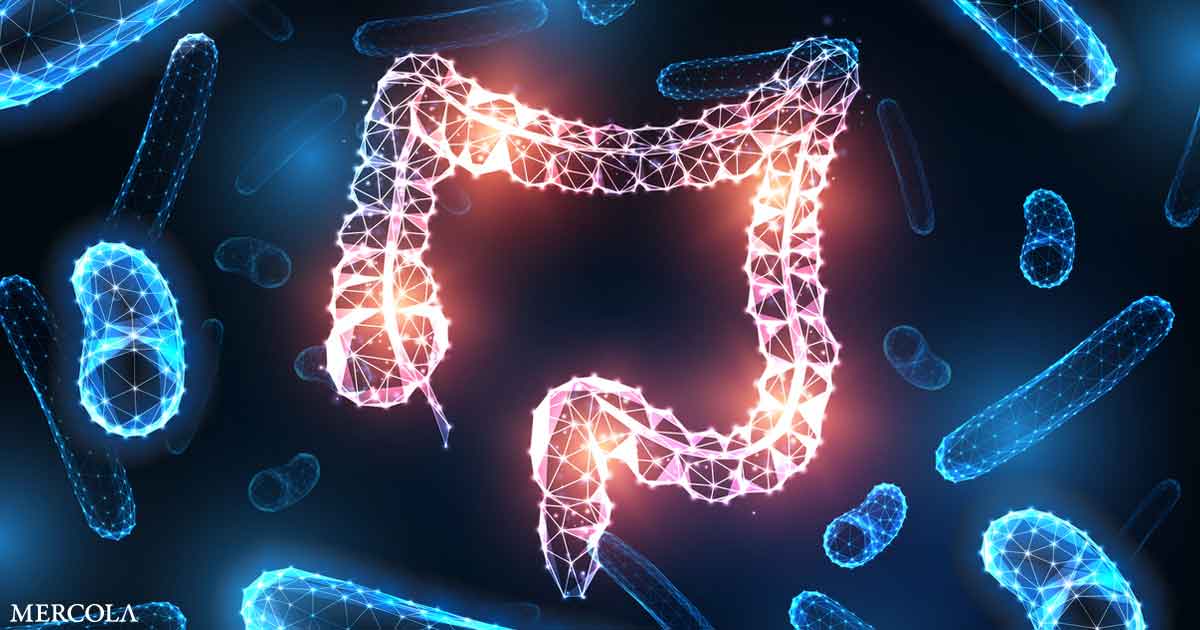 People over 60 who have used antibiotics may be at increased risk of developing inflammatory bowel disease (IBD), a condition characterized by chronic inflammation of the gastrointestinal (GI) tract.1 The finding, which was presented at the Digestive Disease Week conference held in San Diego, California, in May 2022, may explain the rising rates of IBD occurring among older adults.

An estimated 3 million (or 1.3%) of US adults suffer from IBD, which includes Crohn’s disease and ulcerative colitis.3 A CDC study revealed that from 2001 to 2018, the prevalence of IBD among 25.1 million Medicare beneficiaries aged 67 years or older increased among all racial / ethnic groups.4

Environmental factors are a likely culprit, with the CDC researchers finding that living in urban areas was associated with an increased risk of IBD. As such they stated that factors that influence the microbiome, such as pollution, diet and lifestyle, could be involved.5

Antibiotics also have a significant effect on the microbiome and represent another environmental factor that may be driving up IBD rates in older adults. Faye said:6

“In older adults, we think that environmental factors are more important than genetics. When you look at younger patients with new diagnoses of Crohn’s disease and ulcerative colitis, there’s generally a strong family history. But that is not the case in older adults, so it’s really something in the environment that is triggering it. ”

IBD Risk Increases by 64% With Antibiotics Use

Adults who had been prescribed antibiotics one to two years prior to IBD diagnosis had the highest risk, but those who took the drugs two to five years prior also had an elevated risk. All classes of antibiotics were associated with increased IBD risk, though fluoroquinolones, which include brand names Cipro and Levaquin, had the most notable association.9

This is the same class of drugs that may harm your heart by causing an increased risk of ruptures or tears in the aorta blood vessel. The aorta is the main artery in your body supplying oxygenated blood to your circulatory system.

In December 2018, the US Food and Drug Administration warned that fluoroquinolones taken by mouth or via injection could lead to these aortic dissections or ruptures of an aortic aneurysm that could lead to serious bleeding or death.10 The risks of these and other antibiotics must be carefully weighed against the benefits prior to use.

“Maybe there’s something in the microbiome that antibiotics are doing that’s priming an individual to then later develop inflammatory bowel disease, and this really needs to be looked at further,” he said.12

While antibiotics may be lifesaving, at least 30% of outpatient antibiotic prescriptions are unnecessary, according to CDC estimates.13 Taking antibiotics when unnecessary exposes you to increased risk for no benefit, and the risks include serious disease aside from IBD – even cancer.

In 2014, researchers linked antibiotics use to a slightly increased risk (8% to 11%) of developing colorectal cancer, also known as bowel cancer, possibly because of alterations to the gut microbiome.14 Likewise, past research has also shown that people with less bacterial diversity in their gastrointestinal tracts are more likely to develop colon cancer.15

Separate research found that women who had used antibiotics for two months or more were at an increased risk of developing colon polyps, which can be a precursor to colorectal cancer.16 Those who used the drugs for a total of at least two months in their 20s and 30s had a 36% increased risk of polyps compared to those who did not.

Even one course of antibiotics negatively alters your microbiome for up to a year,18 which is precisely why it’s crucial to only use antibiotics when absolutely necessary. When used for longer periods, they can also cause considerable damage, including to your heart.

A study published in the European Heart Journal found that women aged 60 and older who used antibiotics for two months or longer – often for respiratory infections, urinary tract infections and dental problems – were 32% more likely to develop cardiovascular disease than women who did not use such drugs.19

Overall, among women in late adulthood who take antibiotics for two months or more, 6 per 1,000 would develop cardiovascular disease, compared to 3 per 1,000 for women who did not. Women in middle age (40 to 59 years) who used antibiotics for longer than two months also had a 28% increased risk of cardiovascular disease. Again, alterations in gut microbiota were highlighted as playing a detrimental part in antibiotics’ adverse effects to the heart.

“Antibiotic use is the most critical factor in altering the balance of microorganisms in the gut. Previous studies have shown a link between alterations in the microbiotic environment of the gut and inflammation and narrowing of blood vessels, stroke and heart disease, ”study author Lu Qi, director of the Tulane University Obesity Research Center in New Orleans, stated in a news release.20

Taking antibiotics for at least two months also increases the risk of death from all causes by 27% among women in late adulthood, compared to women who did not take the drugs.21 The women taking long-term antibiotics also had a 58% higher risk of death due to heart problems.

Due to the widespread misuse and overuse of antibiotics – including by industrial agriculture for purposes of growth promotion22,23 and preventing diseases in animals – many types of bacteria have developed resistance to antibiotics. As a result, more than 2.8 million antibiotic-resistant infections occur in the US annually, with more than 35,000 people dying as a result.24

When Clostridioides stormile infections, which are associated with antibiotics use, are added in to these figures, more than 3 million infections and 48,000 deaths attributed to antibiotics use or antibiotic-resistant infections occur every year in the US

This public health emergency underscores the fact that when you take antibiotics, there are both short- and long-term risks, the latter of which, such as antibiotic-resistant infections or IBD, may not become evident until long after you’ve stopped taking the drugs.

If you must take antibiotics, add more traditionally fermented and cultured foods to your diet to optimize your gut flora, and consider the use of spore-based probiotics, or sporebiotics, which are part of a group of derivatives of the microbe called Bacillus, have been shown to dramatically increase your immune tolerance.

I also recommend taking the beneficial yeast Saccharomyces boulardii after you’ve finished your antibiotics to prevent secondary complications of antibiotic treatment, such as diarrhea. If you’ve been diagnosed with ulcerative colitis, one of the forms of IBD, be aware that natural treatment options may help.

Ulcerative colitis symptoms range from mild to severe, and while most people have periods of remission when symptoms disappear, it can be debilitating when symptoms flare up, causing frequent, urgent bowel movements, fatigue, nausea, weight loss, fever and anemia. In about 10% of cases, ulcerative colitis is severe and may lead to bloody bowel movements and severe abdominal cramping.25

Up to one-third of patients even undergo surgery to remove the colon and rectum,26 but ginger, which has a range of biological activities, including antioxidant, anti-inflammatory and cytotoxic (potential anti-carcinogenic) effects,27 has been shown to reduce disease activity in this condition.28

In one study, ginger was found to reduce malondialdehyde (MDA), a biomarker of oxidative stress, in patients with ulcerative colitis significantly after six and 12 weeks. Ginger also led to reductions in severity of disease activity and increased patients’ quality of life significantly after 12 weeks.29

IBD can be challenging to treat, so work with a knowledgeable natural health care practitioner who can develop a comprehensive treatment protocol. However, in addition to ginger the following natural options may also provide some relief: