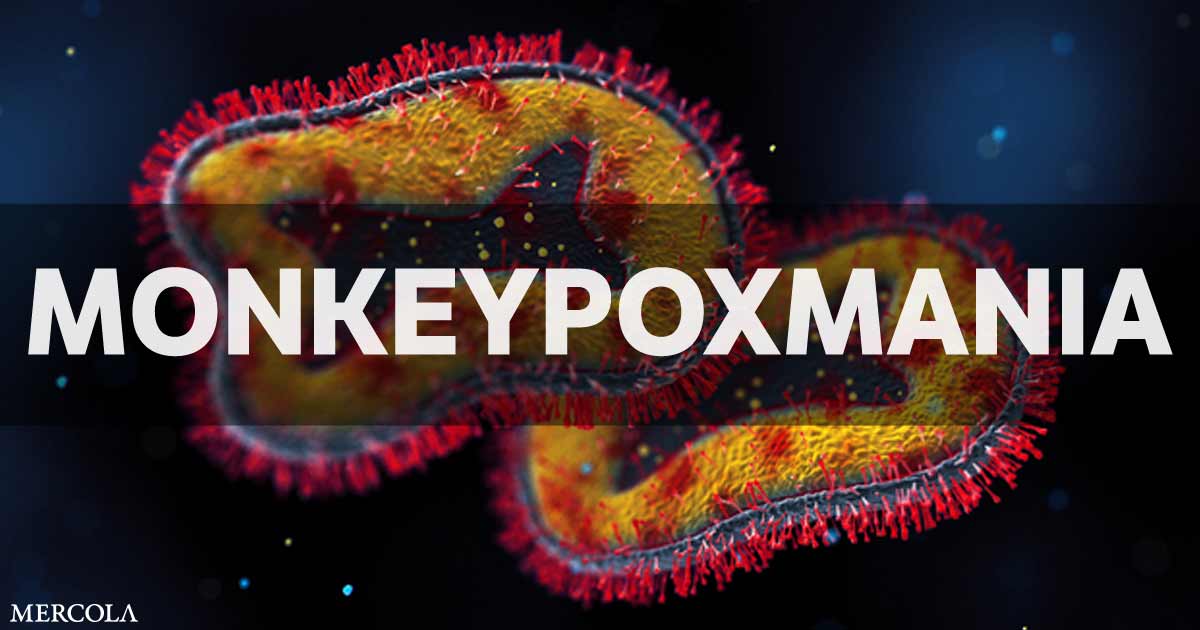 This article was originally published here.

Lock yourselves down inside your homes! Break out the masks and prophylactic face-shields! Switch off what’s left of your critical faculties and prepare yourselves to “follow the Science!” Yes, that’s right, just as the survivors of The Simulated Apocalyptic Plague of 2020-2021 were crawling up out of their Covid bunkers and starting to “build the world back better,” another biblical pestilence has apparently been unleashed on humanity!

This time it’s the dreaded monkeypox, a viral zoonotic disease endemic to central and western Africa that circulates among giant pouched rats, squirrels, dormice, and other rodents and has been infecting humans for centuries, or millennia. Monkeypox causes fever, headaches, muscle aches, and sometimes fluid-filled blisters, tends to resolve in two to four weeks, and thus poses absolutely zero threat to human civilization generally.

The corporate media do not want to alarm us, but it is their duty as professional journalists to report that THE MONKEYPOX IS SPREADING LIKE WILDFIRE! OVER 100 CASES OF MONKEYPOX have been confirmed in countries throughout the world! MONKEYPOX TASKFORCES are being convened! Close-up photos of NASTY-LOOKING MONKEYPOX LESIONS are being disseminated! The President of the United States says “EVERYBODY SHOULD BE CONCERNED!”

The WHO is calling it “”a multi-country monkeypox outbreak! ” Belgium has introduced amandatory quarantine. The CDC has gone to “Alert Level 2! ” Enhanced precautions are recommended!

In New York City, the nexus of probably the most paranoid, mask-wearing, quadruple- “vaccinated” New Normal fanatics on the face of the planet,the Department of Health is instructing everyone to wear the masks they are already wearing to protect them from both Covid and monkeypoxand smallpox, and largepox, and airborne cancer, and God knows what other horrors might be out there!

Here in the capital of New Normal Germany, Karl Lauterbach, who, despite wasting hundreds of millions of Euros on superfluous “vaccines,” attempting to compulsorily “vaccinate” every man, woman, and child in the country, and otherwise behaving like a fascist lunatic, remains the official Minister of Health, is excitedly hopping up and down and hooting like a Siamang gibbon about “recommendations for isolation and quarantine, ”and other monkeypox containment measures. ”

As Yogi Berra famously put it, “it’s like being born all over again.” Except that it isn’t… or it probably isn’t. Before I could even finish this column, the United GloboCap Ministries of Truth started dialing down the monkeypox panic.

It appears they’re going with “it’s a gay pandemic,” or an “LGBTQ pandemic,” or an “LGBTQIA + pandemic,” or whatever the official acronym is by the time I click the “publish” button, and making other noises to the effect that it might not be absolutely necessary this time to order a full-scale global lockdown, release the drones and robotic dogs, inject everybody with experimental drugs, and start viciously persecuting “monkeypox deniers.” 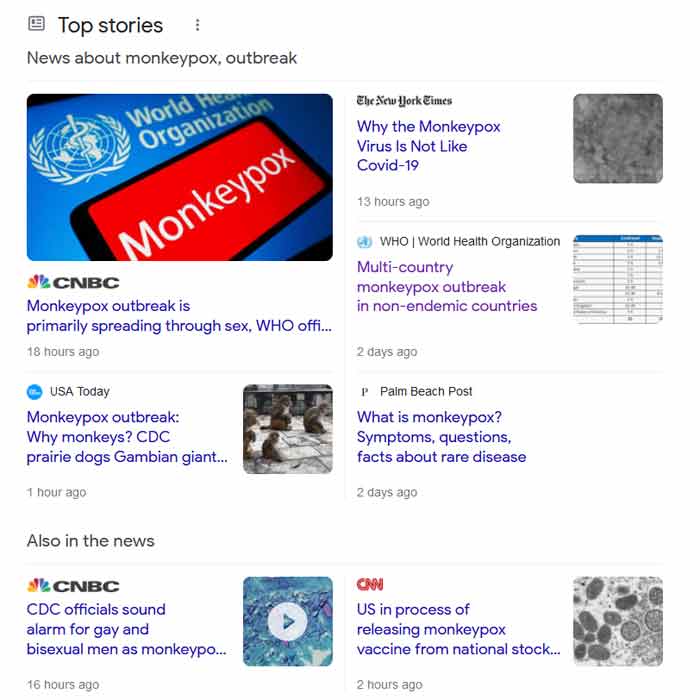 You didn’t really believe they were launching a shot-by-shot remake of Covid, did you? The showrunners at GloboCap may be preternaturally evil, but they aren’t stupid. Only the most hopelessly brainwashed New Normals would go along with another “apocalyptic pandemic” before the current one has even been officially canceled.

No, unfortunately, odds are, we’re just getting a preview of what “life” is going to be like inthe New Normal Reich, where the masses will be perpetually menaced by an inexhaustible assortment of exotic pathogens and interchangeable pseudo-pathological threats. The New Normal was never about Covid specifically.

It was always about implementing a new “reality” –pathologized-totalitarian “reality,”not so much ruled as discreetly “guided” by unaccountable, supranational, non-governmental governing entities, global corporations, and assorted billionaires – in which Covid, or monkeypox, or kangaroopox, or any other viral zoonotic disease, or any climate-related or economic development, or aberrant ideological or behavioral tendency, could be used as a pretext to foment another outbreak of mindless mass hysteria and impose additional restrictions on society.

That new “reality” has been implemented… perhaps not as firmly as originally intended, but implemented nonetheless.

We are being conditioned to accept this new “reality,” as we were conditioned to accept the War on Terror “reality,” to pointlessly remove our footwear at the airport, place our liquids in travel-size containers, submit to groping by security staff, ”and otherwise live in a state of constant low-level fear of a“ terrorist attack, ”as we are now being conditioned to wear masks where we are told, submit to mandatory“ vaccination, ”and live in constant low-level fear of the next purportedly deadly pathogen.

Sadly, most of us will accept this conditioning, and adapt to the “minor inconveniences” that are being imposed on us at every turn. After all, what difference does it really make if we have to wear a little mask on an airplane, or on public transport, or at the doctor’s office?

And is it really such a breach of our fundamental rights to freedom of speech, freedom of movement, association, privacy, and basic bodily autonomy if we have to allow governments and global corporations to censor our political opinions, prevent us from traveling, forbid us to protest, and force us to submit to invasive medical treatments in order to hold a job?

We got used to taking off our shoes at the airport and watching the “security staff” fondle our kids’ genitals, and invading and bombing other countries and murdering whole families with drones, didn’t we? Surely, we’ll get used to this.

Sorry, I really wanted to end this column on a positive note. All right, here’s one! A little good news, finally!

According to the professional fact-checkers at Reuters, it turns out “there is no evidence at all that the World Economic Forum’s annual meeting [which is taking place in Davos right now] was scheduled to coincide with these outbreaks of monkeypox”And anyone who says there is, or implies there is, or who deviates from or questions the“ facts, ”or the“ Science, ”or whatever, is a monkeypox-denying, conspiracy-theorizing, anti-vax, Putin -loving disinformationist, ”and so everything is actually hunky-dory, or it will be as soon as we teach those evil Rooskies a little thermonuclear lesson!

I don’t know about you, but that’s a load off my mind. For a moment there, I thought we were in trouble.

CJ Hopkins is an award-winning American playwright, novelist and political satirist based in Berlin. His plays are published by Bloomsbury Publishing and Broadway Play Publishing, Inc. His dystopian novel, Zone 23is published by Snoggsworthy, Swaine & Cormorant.

Volumes I and II of his Consent Factory Essays are published by Consent Factory Publishing, a wholly-owned subsidiary of Amalgamated Content, Inc. He can be reached at cjhopkins.com or consentfactory.org.